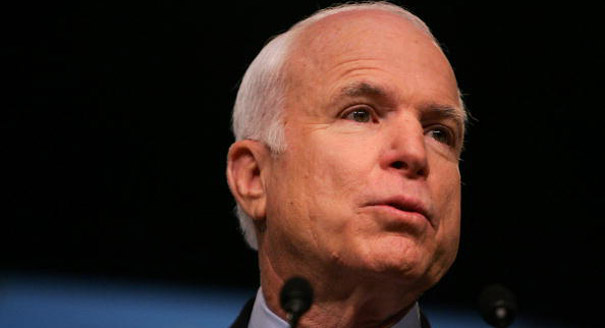 Washington, Sep 9 (IANS) US Senator John McCain Tuesday said “India’s rise as a global actor can benefit the US”, and asked both countries “to trust each other and try to invest and renew their relations”.

“Ultimately, India and the US should have confidence in one another, and in the promise of their strategic partnership,” he said addressing the Carnegie Endowment for International Peace, a Washington think tank on “Strengthening US-India Relations”.

The 2008 Republican presidential candidate, who was the first senior political leader to meet Indian Prime Minister Narendra Modi after his election, said: “This strategic relationship is about our countries placing a long-term bet on each other”.

“Our strategic relationship (US-India) has unfortunately devolved recently into a transactional one,” he said proposing that “our goal should be to produce a road map for concluding an FTA (free trade agreement) and to start negotiating it”.

Most of all, Indians were concerned by President Barack Obama’s plan to withdraw from Afghanistan by 2017, McCain said.

Asserting that democratic values make India a natural partner for the US, he said: “The India-US strategic partnership is critical to encouraging the peaceful rise of China.”

“Indians are hungry for change, and gave a once-in-a-generation mandate to a leader eager to deliver it,” McCain said referring to the historic verdict that swept Modi to power in May.

Once shunned by the US for his alleged role or inaction as chief minister during the 2002 Gujarat riots, the US has worked to establish a positive relationship with him ahead of his summit with Obama in Washington Sep 29-30.