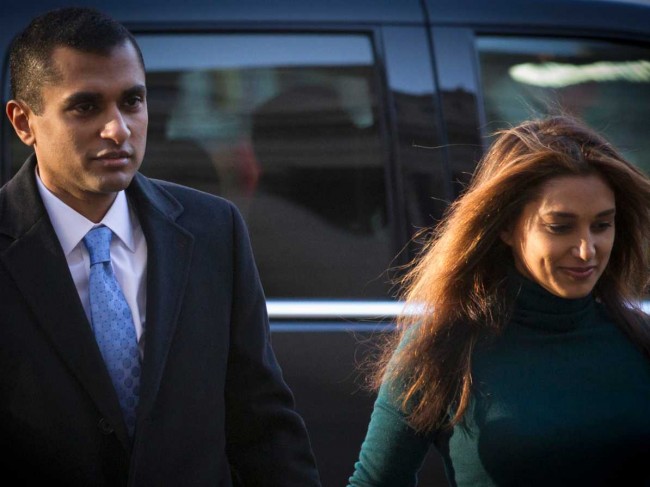 New York, Sep 9 (IANS) Mathew Martoma, an Indian-origin former SAC Capital portfolio manager has been sentenced to nine years in prison and forfeiture of $9.4 million for his insider-trading conviction.

Martoma, 40, was sentenced in federal court by Judge Paul Gardephe, who presided over Martoma’s five-week trial in February, after a two-hour hearing Monday in downtown Manhattan, CNBC reported.

Although federal sentencing guidelines supported an incarceration of between 15 and 20 years, government officials had proposed a term of more than eight years — a length of time that lawyers for Martoma described as “outrageous”, according to the news channel.

“Mathew Martoma and his family are devastated by the outcome,” his lawyer, Richard Strassberg, said in a statement. He will appeal the conviction.

Martoma, was convicted in February for collecting confidential information about a high-profile Alzheimer’s drug trial from two doctors and making profits and avoiding $275 million in losses for SAC Capital.

Martoma won’t face a monetary fine as part of his sentencing, but he will be required to forfeit the bonus he received during the year in question — a figure that exceeds his current net worth of $7.4 million, according to recent court filings, CNBC said.

Martoma was stone-faced Monday during the sentencing, while his wife, Rosemary Martoma, wept quietly.

“Today’s sentence of a lengthy prison term is well-suited to the audacity of the illegal trading in this case,” Indian American US Attorney Preet Bharara, whose office has now won 85 insider-trading convictions and lost only one, wrote in a statement.

“The long and short of Mathew Martoma’s trading is that he traded his liberty, his name and his time with his family for what in the end is nothing,” he added.

Martoma has asked that he be able to serve his jail term in a Miami prison camp in order to remain closer to his family.

Gardephe has said he will relay the request to Prison Bureau officials, who will make the final decision, CNBC reported.