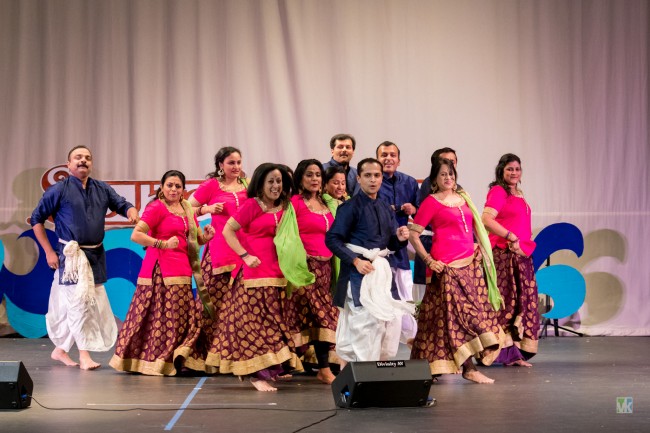 Conceptualized by Satish Menon, Swar -Tarang stayed true to its mission, showcasing 10 distinct forms of Indian music ranging from Hindustani to Carnatic, from Goan to Baul genres in their original, raw form and then, the popular adaptations of the original. Emcees for the evening, Beena Kumar, Geethu Venugopal, and Swapna Menon, artists in their own right, engaged and entertained the audience.

The adaptation in the semi-classical, “Antholanam Dholanam” by Sathish Menon and Geethu Venugopal concluded the Carnatic style. 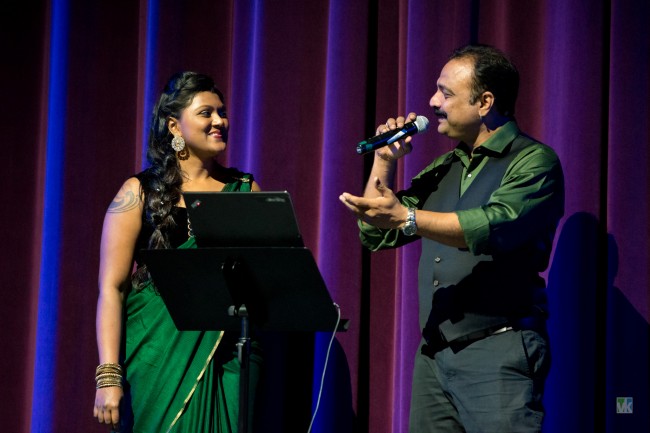 The next genre, Bhakti Sangeet, was presented as a bhajan in “Sri Ramchandra Kripalu” by Beena Kumar, Christian Devotional in “Nithya Vishudhayam” by Sunny Thaliath, and Sufi in “Kun Faya Kun” by Anand Nair and Anish Nair.

In the Rabindra Sangeet genre, “Ekla Chalo Re” in its authentic form by Rajesh Menon and “Piyu Bole” by Anil Nath and Vyshali Menon were the picks. 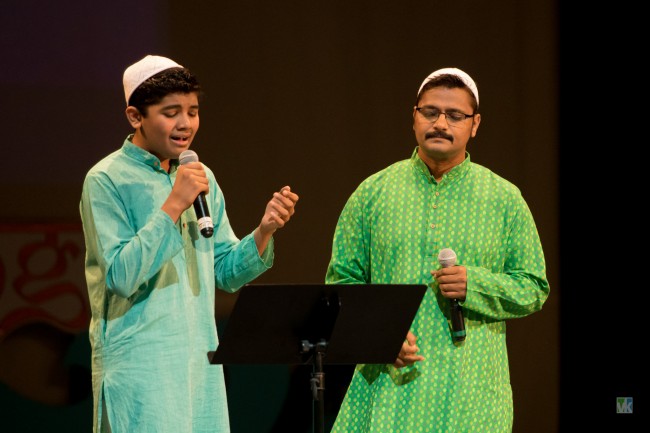 In the Bollywood Music genre, “Didi tera dewar” by Srinath Kalavichirattil and Beena Kumar, “Humko humi se” by Sunny Thaliath and Geethu Venugopal, “Koyal Si” by Vyshali Menon and Karan Menon were presented. The concluding Patriotic, Ae Mere Watan by Beena Kumar and a medley by Maya Narayanan and Poornima Nedumpurath wrapped up the identified genres on a high note.

“We face challenges every year! But we face it together!  We as a team; set group’s goals, encourage free exchange of information, include all in decision making and most of all learn from each other,” said Beena Kumar.

Emphasizing on the unique concept of categorizing genres in Indian music and talented artists in the group, Kavitha Ramachandran, event coordinator quoted, “The props that brought the concept and theme to life were handmade by a set of artists in house. The perfectly executed choreography in the four dances we presented, was thanks to talented kids and adults who grew up with Neelambari.  The singers and the musicians are all local talents who belong to the Neel family. To bring such a versatile group of talented people together is no small feat and it wouldn’t have been possible but for the vision that we all share, which is to enjoy and encourage performers to be their best on this platform” 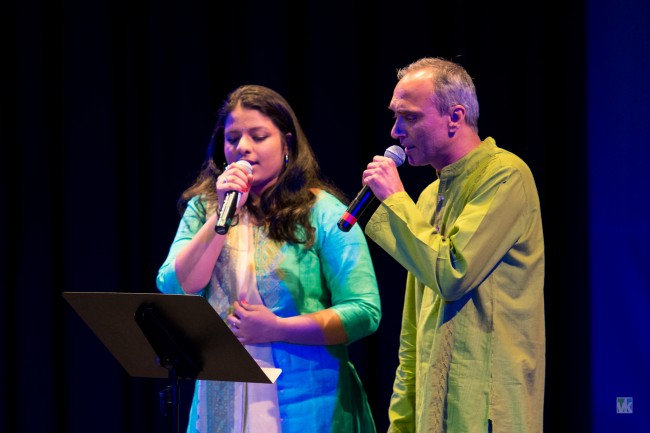 Thanking all the volunteers and the audience, Vijayakujmar Nair noted the unique experience offered by Neelambari. “The program unfurled with a very informative and entertaining theme, thanks to Sathish Menon for conceptualizing it and to a dedicated group of program coordinators for working hard to put it on stage. The packed house in the evening indicated the expectations set by the music lovers inAtlanta. I am sure Neelambari will continue its tradition of setting the bars high, each year,” He said.

“I believe that if an awareness of Indian musical genres or shailis is brought about and if each of these genres are encouraged and supported, they will flourish” said Satish Menon, about the idea of Swar-Tarang. Menon rightly pointed to the lack of categorization in Indian music versus American music. 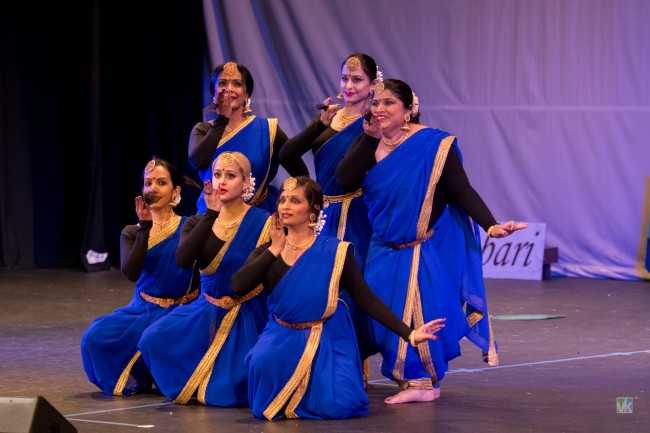 “Styles are well distinguished and preserved in American music.  Pop, Rock, Easy Listening, Country, Classical, Rap, Alternate rock, Jazz/Blues and the latest Muscle Shoals. They each have their own industry, followers and albums and some even have their own award shows.   We in Indianever had such an organized industry of genres.  Most music lovers in Indiaknow either Classical music or Bollywood music.  They are forced to follow the latest trend of music that they are being served to them rather than have a choice of their favorite genres that they would love to listen to.  Understanding genres and encouraging them is so important to preserve our authenticity.  We don’t see an effort towards this anywhere.  So, I wanted Neelambari to take that small step, the right step towards achieving that goal,” he said.

“It wouldn’t have been possible without my fellow Neelambari members who worked with me and helped me implement this idea to the best of our ability” he added.  “I have already received a lot of interest from one of our popular music directors from South India about doing such a show inIndiaas he felt that this was a true necessity in today’s music industry.” 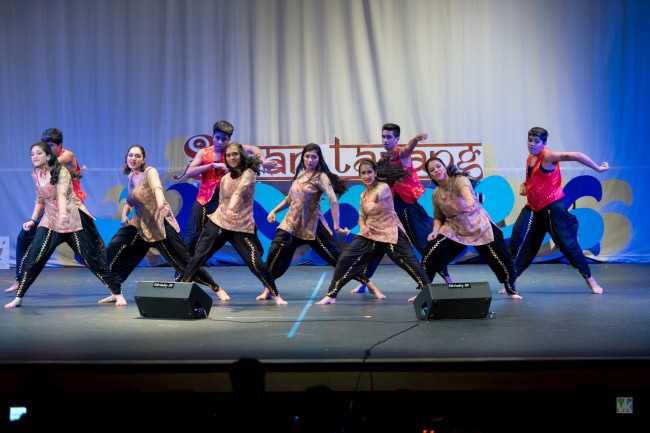 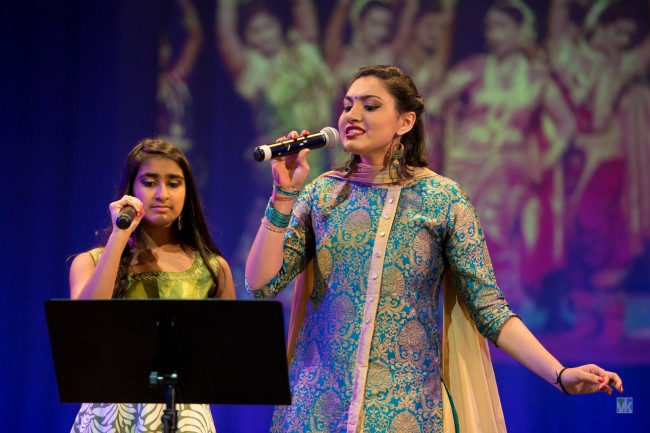 Neelambari is doing amazing work in overseas and it makes all the Indian feel proud. Keep it up Neelambari.