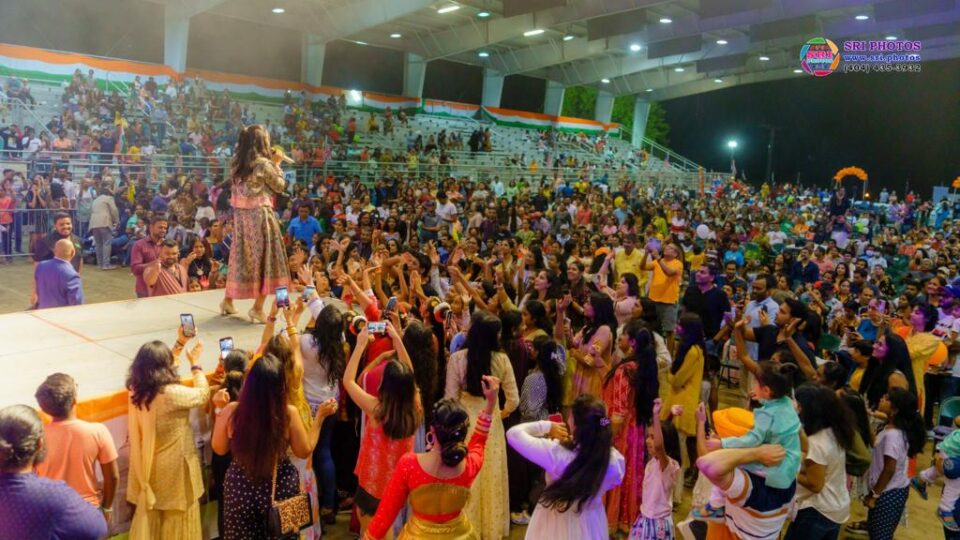 After 2 years of reduced scale of celebrations impacted by COVID-19 restrictions, the Indian Friends of Atlanta (IFA) has successfully reinvigorated the Atlanta community to celebrate Freedom Mela 2022 commemorating the 76th Indian Independence Day. The occasional downpour of rains during the day did not dampen the spirit of the community that turned out in huge numbers, as proof of their great excitement and expectations for the IFA Freedom Mela this year. It must be noted that the IFA team did not disappoint the attendees, and delivered beyond everyone’s expectations with their trademark energy, enthusiasm and execution, through expert use of social media promotions.

IFA’s dedicated volunteers working, as in years past, over several months of detailed planning and coordination, ensured that the signature summer event of the Indian community was executed flawlessly. More than 5000 guests of all ages turned out to celebrate freedom with pride. The event venue was elegantly draped and decorated with Indian and American flags, as well as arches of Indian tri-color balloons to set the right ambience for the occasion. The stage was complete with digital backdrops displaying appropriate graphical contents for each of the performances. The master of ceremonies Sree Vani kicked off the events welcoming the guests. The opening performance of the Muzhangu Parai dance team playing vibrant beats on traditional drums and dancing in rhythm was quite energetic and well received. Several teams of local arts academies entertained the audience with their patriotic-themed musical and dance performances. The American and Indian flags were hoisted by Georgia State Representative Todd Jones and Swati Kulkarni, Indian Consul General (Atlanta), and celebrated by renditions of respective national anthems.

IFA 2022 President Kishan Tallapally introduced IFA founding members and IFA executive committee to the audience. Mr Tallapally welcomed the audience and congratulated them on the occasion of 76th Indian Independence Day. He spoke about the history of IFA and the services they have been providing to the Indian as well as the local communities since its inception in 2014.

The founding Chairman of IFA, Sunil Savili, thanked all sponsors, supporters, and the audience for their dedicated support for IFA’s services overall, and the grand Freedom Mela event every year. He delivered a passionate appeal for a better integration of the successful Indian community in various aspects of American society. His address was also focused on encouraging and motivating our next generation to get involved in community services for making their successful lives more fulfilling.

After all the local performances were completed, the final highlight of the evening was the rocking music concert by Vidya Vox and her band, performed to the excitement of the raving throngs of youthful audience.

Thanks are due to all the sponsors who have supported in making FREEDOM MELA 2022 a grand success.

All the sponsors have been instrumental in the growing success of IFA Freedom Mela over many years since its inception. IFA is pleased to recognize the following sponsors who have made Freedom Mela 2022 a grand success: Patel Brothers, Suvidha International Market, Eficens Systems, Unicorn Technologies, Rapi IT, Splash BI, IST Technologies, AIS Insurance Services, Mitha Logistics, Orpine, Jahalk.com, Softpath System and Sri Krishna Vilas. Longtime IFA supporter Viju Chiluveru coordinated a public speaking contest for middle and high school students. Trophies were presented by GA State Representative Todd Jones to the winners of the contest.

The IFA team thanks the following vendors for their support and services provided to serve the needs of Freedom Mela 2022 attendees in an orderly manner: We had food stalls from Hyderabad House, Adda Sports Bar, Pista House, Pot Bharoon Cake & Bakery, Cake World and Megha Tea Stall. There were several vendors who showcased indian ehtnic wear, jewelry and other items. We also had stalls from non-profits Vibha, Raksha and stalls form insurance, financial services and political groups.

Sri Photography by Suresh Volam covered the event through their team of videographers and photographers. Audio System and LED wall was provided by Prashant Kollipara of Bytegraph. Creative Customs by Madhavi Korrapati helped us setting up the photo booth.

IFA would like to thank the Media Partners for promoting the event and supporting us throughout, thanks to NRI Pulse, Khabar, Global Atlanta, Atlanta Dunia and NRI2NRI.

IFA is overwhelmed by the growing support and increased participation from the community, despite the weather and lingering COVID-19 concerns, which makes all our hard work and efforts truly worthwhile. We are touched by the generosity and appreciation shown for IFA Freedom Mela and we look forward to serving the community more and more in the years ahead. We want to thank each and every one that participated in Freedom Mela 2022 and we are keen on fixing any inadvertent inconveniences anyone may have faced during the event. IFA welcomes all comments and suggestions and commits to making every effort to bring any required improvements in the future.

In spite of weather concerns which pleasantly proved wrong, IFA planned the finishing touches of the event literally in a matter of a few days. The preparedness of dedicated volunteers that support an event of this nature was evident in their flawless execution on event day. The patriotic spirit of our Atlanta Indian and local communities made this Freedom Mela an event to remember. IFA is very proud of the fact that FREEDOM MELA has become the signature event of the Indian community with the same unmatched excitement at any scale.