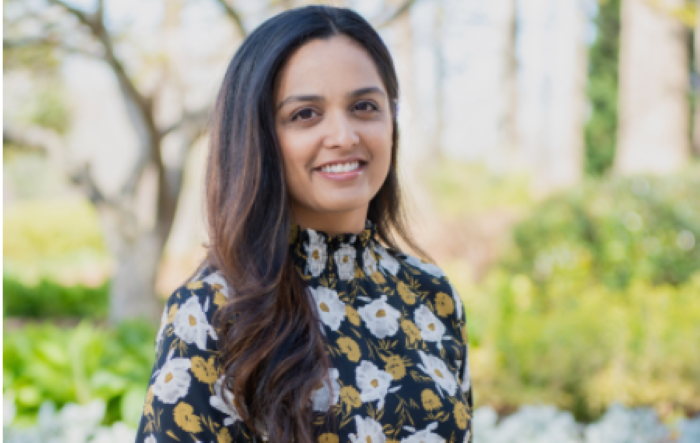 Suwanee-based artist Neha Patel’s first exhibition, titled “The Indian American Immigrant Experience,” is set to feature at the Hudgens Center for Art and Learning on November 13th from 4-6pm. Her latest collection of pieces explores differences between cultures and her experiences coexisting with them. The exhibition also highlights a balance between traditional Indian culture and evolving, modern values and traditions.

“We live in a community that’s very family-oriented but disjointed at the same time,” Patel explained. “There are things that we never just [talk about], as a community. We always just want to keep talking about all of our achievements, which I think is a really great thing, but we never talk about that internal battle that we go through as an immigrant family and how difficult it really is to fit in here even if you are educated and successful,” she explained. “So I just wanted to do [the exhibition] because I feel like someone needs to [talk about] this struggle for balance.”

Born in Colón, Panama to Gujarati parents, Patel had her fair share of cultural twists and turns. At the age of 11, she moved from Panama to the United States, where she would grow to find her passion for oil painting, telling stories, and representing her multilayered culture.

“At first, I was really blown away with my new surroundings but as an immigrant, it hits you hard very fast: life here is different from what you thought it would be,” Patel recalled.

She continued speaking on the dissonance from moving, adding, “For example, here, your friends were only the children that you saw at school. That was a culture shock for me because, in Colón where I went to school my real friends were the ones that hung out with me at home.”

Her move to America helped her slowly discover her passion for art. While Patel had done some form of art in all her formative years, it wasn’t until her junior year of college that she made the final decision to pursue it as a career.

“In fifth grade, when I didn’t speak English or have a social life, I actually wrote a book. It was one of those projects where you write a story and you decorate it, and I actually got an award for best illustration,” she reminisced. “So I’ve always had really creative projects.”

However, Patel never found “artist” to be a possible career choice until much later, sometimes due to the way the career was treated in Indian-American society.

“I consider myself somebody that comes from a family where I’m loved,” she explained. “But, no one really thought that being creative and being good at it was actually a career choice or something that should be nurtured and encouraged.”

Although she was good at school, traditional subjects never connected with Patel the way art did. Self-reflection in college allowed her to transition from a psychology major to finance, and eventually to business. She even tried to start her own wine-making business, through which she met her husband, Anand Patel, an entrepreneur and creative who founded Myriann. However, Patel eventually realized that her true passion lay in artistry, and after the birth of her first daughter, transitioned full-time.

“I couldn’t keep complaining about a community that doesn’t support an artist,” Patel said. ”I think at some point, I realized it doesn’t even matter if I’m good or not at this,” she explained. “I just need to do it. If my daughter wanted to be an artist, I felt like I needed to learn how to really support an artist by actually being one.”

Even after deciding on arts as a career, Patel said she struggled with finding her form of art and not being suffocated by the standards of her inspirations. In addition, she tried to find the balance between pleasing clients’ wants for their pieces and her own desire and style. She discussed how a lot of her initial success was measured by how well the artwork sold; however, this evolved as she started to find her own style.

In addition to fostering art in her own home, Patel is extremely passionate about fostering connections between other creatives in the Indian-American community. She believes in providing creatives with opportunities to grow and reach out to their community and let their voices be heard. Her other ventures such as Long Live Lodging, a podcast network that tells stories in the hospitality industry, highlight her passion for this growth.

“My dream is to see Indian Americans visiting more galleries and art shows because that’s where you grow that passion for the arts.” she explained. “If we don’t show creatives that we care, then why should we be represented there? So I think there needs to be some initiative,” she concluded.

Those interested in viewing Patel’s art can check out her portfolio at artofneha.com.

Her solo art exhibition on Saturday 11/13 at Hudgens Art Center in Duluth is a free event and open to the whole family.

39 Million and Counting…Amma, Humanitarian and Spiritual Leader to Visit Atlanta in June 2019