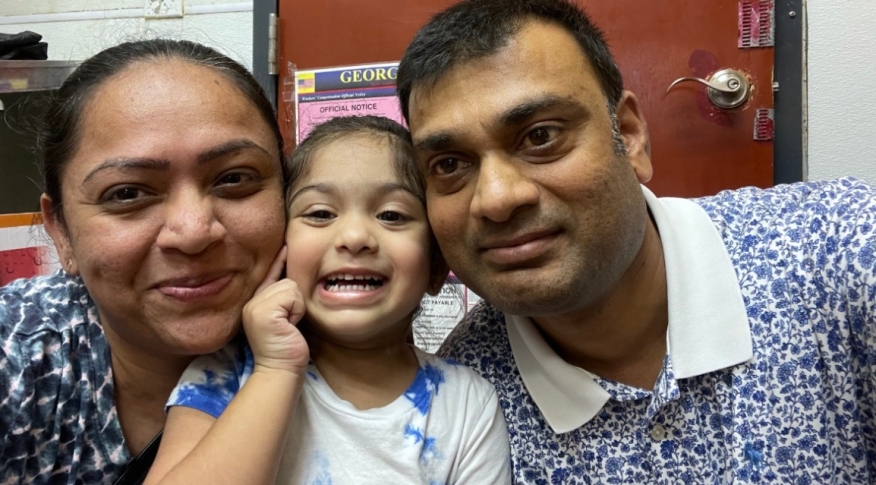 New York, Dec 7 (IANS) The Indian-origin owner of a gas station in Georgia was killed on his daughter’s birthday in a brazen daylight robbery in front of a bank that shares a building with a police station.

Amit Patel, 45, was gunned down at around 10 a.m. on Monday in Columbus during an apparent robbery as he was making a deposit at the bank, TV station WTVM reported quoting the county coroner.

His partner Vinnie Patel told the TV station that after depositing the weekend sales receipt from his petrol station at the bank he was planning to celebrate his three-year-old daughter’s birthday.

“She will never forget what happened to her father on her birthday,” he said.

Amit Patel is survived by his wife and daughter, according to him.

Vinnie Patel told the Ledger-Enquirer newspaper that the shooter took the money that Amit Patel was going to deposit.

He told the publication that Amit Patel was “super nice guy” who ran an efficient operation and “did whatever he could for his employees.

Columbus Mayor Skip Henderson told WRBL TV that “every law enforcement is absolutely committed to make a quick arrest” in the case.

The station said that Amit Patel’s killing was the 65th homicide this year in Columbus, which has a population of 206,922 and is Georgia state’s second biggest city.

The 65 homicides are a big jump from the 46 recorded in 2020, which according to WTVM was itself a record.