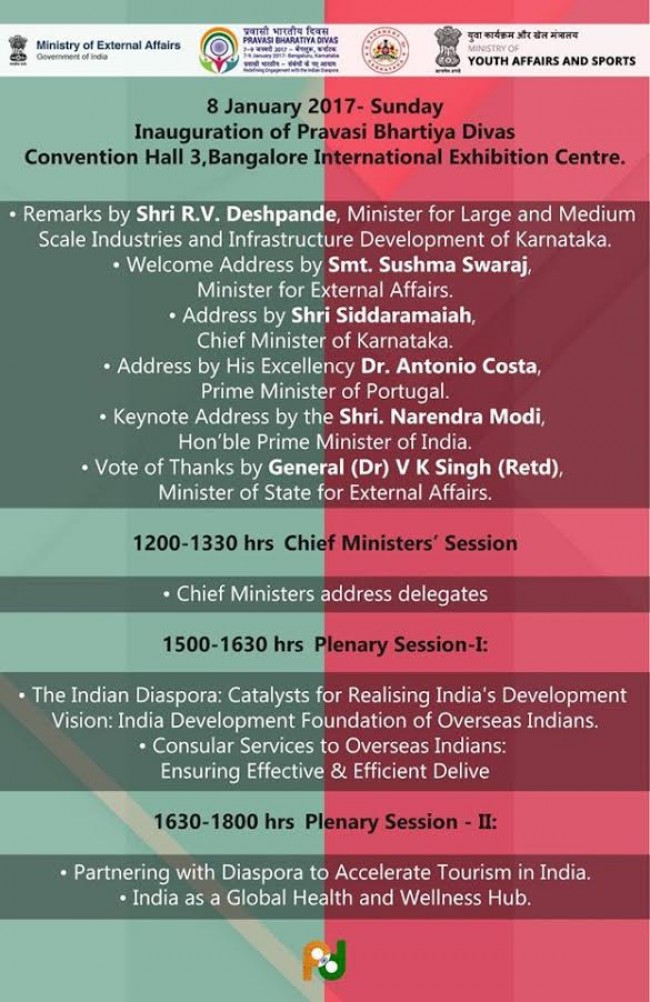 Atlanta, GA, January 2, 2017: The Pravasi Bharatiya Divas Convention is being held in Bengaluru, India from 7-9 January 2017. The expected footfall per day is 5000 plus, which includes delegates, invitees, exhibitors representing variety of sectors, officials from State and Central Governments, media among others.

For the first time in PBD, an Online B2B /B2G Meeting Platform for Pravasi Bharatiya Divas Convention 2017 has been made live. The objective of this web platform is to provide delegates with an interactive web application which enables them to pre-schedule appointments online with Registered Delegates, Exhibitors, Govt. Officials and Foreign Dignitaries. The platform can be accessed via the official Pravasi Bharatiya Divas website https://pbdindia.gov.in and also it can be accessed directly at http://pbdb2b.in.

“B2B platform is an important platform.  All stakeholders are requested to utilize and disseminate this information through their websites and social media platforms,” said a press release issued by the Consulate General of India in Atlanta. “This may also be brought to the attention of registered and potential delegates directly and through Indian Associations abroad.” 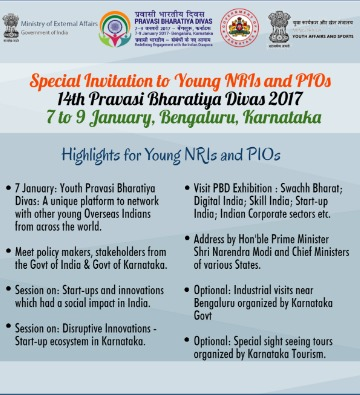 It will be an excellent opportunity for all the PIOs/NRIs and their partner-investors to become a part of the deliberations on the policies to be made by the Government of India for the welfare of Indian Diaspora and to network with Indian Ministers, Chief Ministers, top businessmen and creme-de-la-creme of Indian diaspora from all over the world.

As the next PBD Convention will be held only after two years, all are encouraged to be a part of this largest gathering of Indian diaspora at one place, said the press release.

Responses may also be conveyed to this Consulate at cgoffice.atlanta@mea.gov.in for facilitation.