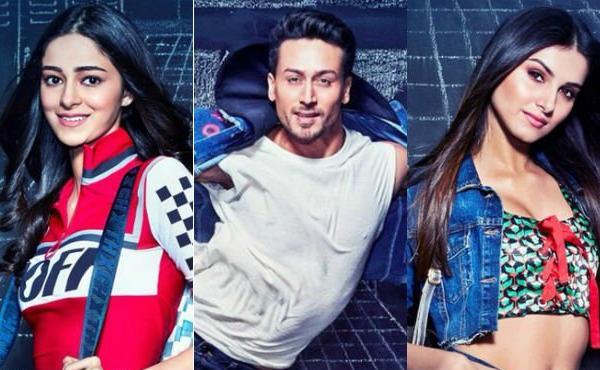 Let’s not talk what is novel or original in this film. Let’s not talk intelligent stuff too. If you are fine with this, then let’s proceed. Needless to say, SOTY2 is a fluffy, well-packaged rehash, inspired from various films of its genre.

A predictable underdog story moves at a rapid pace. The narrative focuses on Rohan (Tiger Shroff) a student of the LS (low society) Pishorilal Chamandas College, who dreams of getting into St. Teresa’s college not because it is an esteemed institution, but because his childhood sweetheart, the awe-struck Mridula (Tara Sutaria) has taken admission there.

By happenstance, he does get admission into St. Teresa’s on some sports quota. While he has been accepted with open arms into this prestigious college, there are undercurrents of hostility between him and the other students of the college namely; Manav (Aditya Seal) and Shreya (Ananya Panday), children of a school trustee and their friends.

Hostility because Manav, who does not like to lose expected Rohan to tow the line and become his sycophant whereas Shreya, a spoilt brat, just decides to give him a hard time. After the battle lines are drawn, situations drag Rohan beyond his emotional control and he is soon rusticated from college.

How Rohan preps himself and pulls up his self-esteem, to win the “Dignity Cup”, forms the crux of the tale.

The film is naturally Tiger’s canvas and he delivers his standard chops along with his flamboyant parkour moves, with ease. He appears charming, sincere and relatable. Equally impressive is Aditya as Manav. But both by no stretch of imagination appear to be college students. Their coterie of friends too appear to be beefed up hulks.

Tara as the sweet and ambitious Mridula aka Mia, and Ananya as the perky and spoilt brat Shreya, debut with this film. Both are cute and capable actors. While Tara exercises restraint, Ananya steals the show in some scenes simply because her character is better etched and her lines are breezy. The one scene where she really stands out is the cafe scene where she is impatiently seated with Tiger and Tara. She delivers her lines spontaneously and naturally.

Samir Soni fills in Rishi Kapoor’s boots as the Principal of St. Teresa’s. With his cartoonish demeanour who is always screeching on the microphone or getting stumped for words, he is such a let-down.

Gul Panag in a totally underdeveloped role as the Sports Teacher is a pleasant surprise.

The songs are well choreographed and they mesh into the narrative seamlessly. But they are not a patch compared to the ones in the prequel. Hollywood actor Will Smith’s uncalled for appearance does not up the number, “Yeh jawaani hai diwani”.

Overall, mounted on a lavish scale and with a lazily drafted screenplay, the film lacks chutzpah.