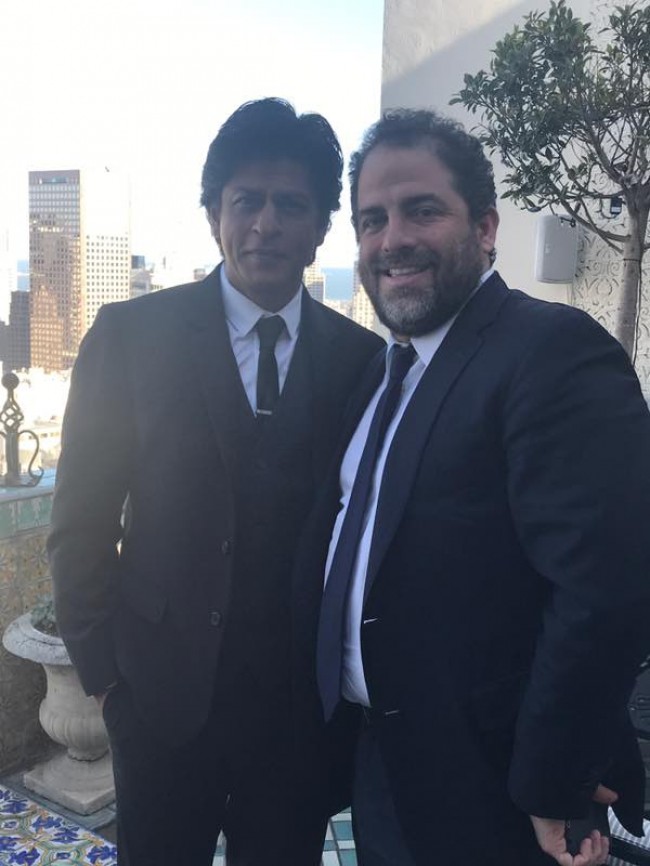 The two shared the stage at the San Francisco International Film Festival (SFILM), which paid a tribute to Shah Rukh in its 60th year.

“One day I want to make a ‘Rush Hour’ sequel in India with SRK in it,” said Ratner, known for directing the “Rush Hour” series and “X-Men: The Last Stand”, and for producing the Oscar winning movie “The Revenant”.

Both the stars — suited and booted — seemed to have immense fun during their conversation at the Castro Theatre here on Friday evening.

Before their tete-a-tete, Ratner posted on Instagram a photograph of himself with Shah Rukh.

“With the King of Bollywood – SRK – Getting ready for our conversation at SFFILM,” he captioned it.

Later, he posted a video wherein Shah Rukh teaches him how to groove to “Lungi dance” — the catchy number from his blockbuster movie “Chennai Express”. Since the music wasn’t available, the charmer that Shah Rukh is, he took the mic and sportingly sang the song as well as taught Ratner some of the steps.

Ratner followed the steps well, and hugged Shah Rukh, who has spent a quarter of a century in Indian showbiz and is one of Bollywood’s most known faces across the globe.

“With King Khan doing the Lungi dance during the SFFILM. Inspiring, humble, a great dancer, and smells great too,” Ratner captioned the video.

Shah Rukh used the term “awesome” for Ratner, who even gifted him a doll modelled on himself.

“Thanx Brett Ratner for a great evening at the SFFILM, your doll is awesome like you,” he tweeted with an image where he is seen holding up the doll.

The Bollywood ‘badshah’ also thanked the festival officials for the tribute.

“You made me feel special and all who came to attend. Love you and hugs,” he tweeted.

Shah Rukh’s “My Name is Khan” was also screened as part of the line-up of movies at the festival, which is even paying a tribute to John Ridley, Gordon Gund, Ethan Hawke and James Ivory.