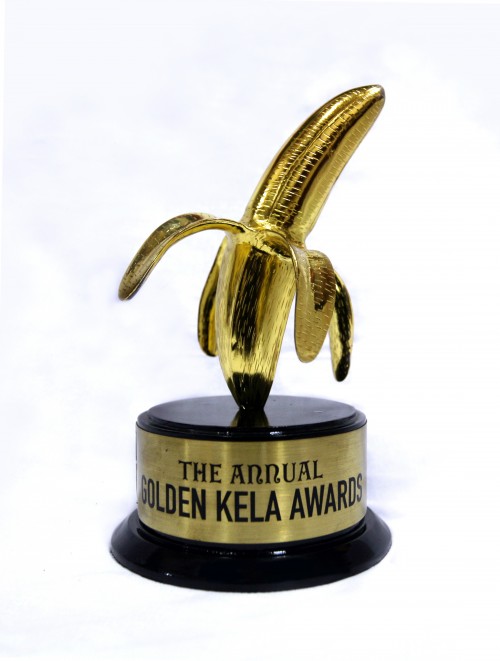 This was a hat-trick for Sonakshi as she swept the award for the third consecutive year.

The 7th edition of the ceremony was held at the India Habitat Centre here on Saturday, where it honoured the worst in Indian cinema in a lighter vein, said a statement.

Singer Yo Yo Honey Singh was chosen for the Bas Kijiye Bahut Ho Gaya Award while his composition “Blue hai paani paani” from “Yaariyan” got the Most Irritating Song award.

Tiger Shroff failed to impress with “Heropanti” and was accredited with the Worst Debut Award, while “Bang Bang!” was chosen for the RGV Ki Aag Award for Most Pointless Remake/Sequel.

“Humshakals” seemed like a disaster with Saif Ali Khan, Ram Kapoor and Riteish Deshmukh dressing up as what they call ‘women’, all through the movie. It got the Worst Film award.

The Baanwra Ho Gaya Hai Ke Award went to Abhishek Sharma for “The Shaukeens”, for his selection of remaking a movie without knowing where and how to go about it and ending up making a complete mess of things.

On winning this Award, Sharma said: “I am extremely excited to win the Baanwra Award, as Golden Kela Awards are the only awards worth winning in this industry that celebrates mediocrity like no other film industry in the world. Proud to be one of the baanwras of Bollywood.”

Sonam Kapoor won the Why Are You Still Trying Award, it conveys that she should stop torturing audiences with her plastic presence in movies and start focussing on something she is good at, like Fashion. Also, in the Special Awards Category, “PK” won the Fanaa Award for Most Pointlessly Controversial Film.

Priyanka Chopra, though she did a commendable job as Mary Kom, couldn’t quite nail the accent. The Dara Singh Award for the Worst Accent, thus, had her name written all over it.

In the horror movie domain, “6 – 5 = 2” was chosen for the Khooni Dracula Award for Most Creatively Named Horror Film.