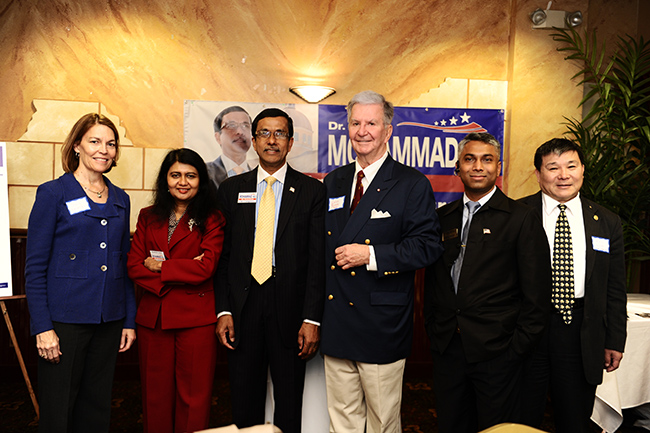 Atlanta, GA, March 31: A successful fundraiser was held recently by community leaders at the Global Mall for Dr Mohammed Ali Bhuiyan, the first South Asian candidate for Congress from Georgia.

Dr Bhuiyan is one of the Republican candidates in the running for the Congressional seat vacated by Tom Price of the 6th district, who resigned to become the United States Secretary of Health and Human Services.

Georgia’s state law requires the Governor to call for a special election to be held at least 30 days after the vacancy. In the special election, all candidates will run on one ballot. If no candidate earns 50% of the vote, a runoff election will be held on June 20 for the first- and second-place finishers.

Advance voting for this special election started on March 27, 2017.

The candidate, Dr Bhuiyan, in his remarks, spoke about his love for America and becoming a citizen, the need for inclusion not division among our residents and the need to find that which binds us together, not that which tears us apart.

Dr Bhuiyan explained that with 18 candidates, the election was essentially a non-partisan one. “Forget party affiliation; think about Desi/South Asian/Asian American representation in the US Congress fromGeorgiafor our safe future. We must do this for us and our children,” he said.

“As you know, the 6th District is 70% Republican and only 30% Democratic. Yes, Trump and Hillary were close at 44 and 45 percent. That is because both had very high negative ratings. But, for the rest of the tickets, it was over 65% Republican,” he added. 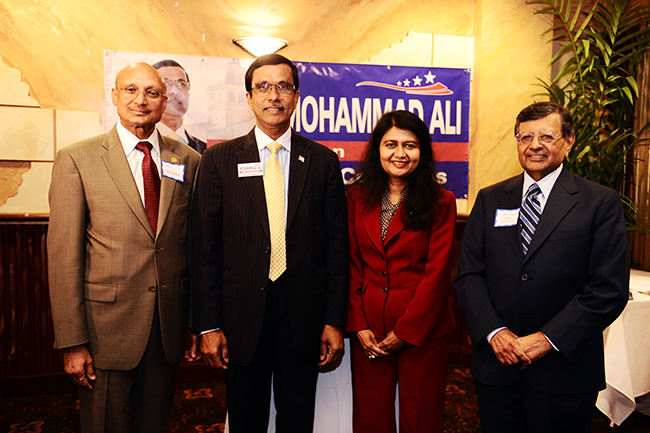 Dr Bhuiyan said there was a possibility that with massive amount of money spent, one Democratic candidate may qualify for the run-off. But, it is absolutely certain that the Republican candidate will win the run-off as the Republicans have over 65% advantage.

“So, the question then is why should you waste your energy, resources, and vote on others when you can join me now and make sure that you elect a Desi/South Asian/Asian American candidate who will represent you. If I go to run-off, I have sufficient support and will be able to beat the other Republican candidate,” he said, while urging voters to think seriously before it is too late. “This is a rare opportunity for Desi/South Asian/Asian American community to elect one of their own. With all the divisive talk by both parties, we must think about the way we can move forward. We must let everyone know that we are as American as anybody else. The best way to do that is to have us in the right places. My goal is to help at least 100 candidates from South Asian/Asian communities to run for offices in November 2018,” he said.

Dr Bhuiyan’s name is the second one on the ballot.

The Congressional candidate answered questions and spoke with those in attendance. He explained that victory is possible on his campaign.  He said “This election is an amazing opportunity.  This is a chance for all to have a voice inWashington. Voter turnout is the key to an election that is expected to have 40,000 voters or less.  If we work together, and vote, we can win this election.  This is a prime opportunity for voters, and not money to decide who will represent us.”

Dr Bhuiyan will be taking people to the polls for early voting and helping those that are not registered voters register so that they can vote and have their voice heard.

If you have any questions about voting or voter registration, please contact the campaign at 404.441.7881 or visit their website: www.MohammadAliForCongress.com

One cannot elect somebody just because they are of Indian origin. Thats a very stupid thing to do.