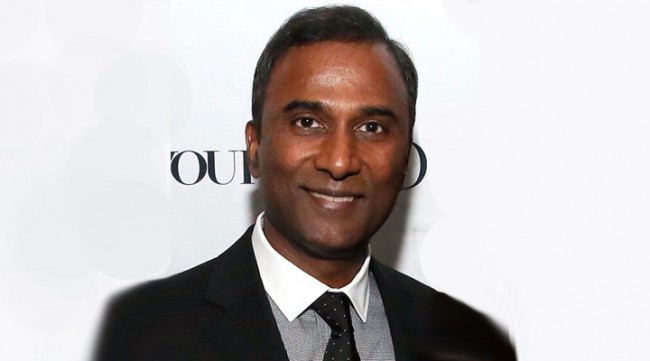 Washington, March 31 (IANS) Indian-American entrepreneur Shiva Ayyadurai will challenge liberal icon and Democratic Senator Elizabeth Warren in the 2018 US Senate race from the state of Massachusetts.

The Indian-American, who says he invented the email, first announced his candidacy last month to “defend the American dream”, the American Bazaar Online reported on Thursday.

On his campaign website, Ayyadurai stated: “I’ll always be grateful for the opportunities I’ve found here (America). Now I’m committed to preserving, protecting, and expanding those opportunities for the citizens of Massachusetts and for all Americans. That’s the new American Revolution, and I hope you’ll join me in this fight.”

The Mumbai-born entrepreneur has four Massachusetts Institute of Technology (MIT) degrees and is also a contributor to BreitBart news, a far-right American news, opinion and commentary website.

Ayyadurai, who is so far the only declared Republican candidate, has been going after Warren right from the beginning, hashtaging her as “FAKEFIGHTER” on Twitter.

During her political carrier, the Massachusetts senior senator has earned a name as fighter for consumers and the working class.

In a recent tweet, he launched a rather “Trumpesque” attack on the Senator Warren for her call to increase federal investment in medical research.

Ayyadurai came to the US at the age of seven in 1970 and went on to become a renowned systems scientist, inventor, and entrepreneur.

Rare opportunity to elect one of your own, says candidate for 6th Congressional seat

JetBlue is back in Atlanta after 13 years

Now this is something we can bet on, not like the other news about ‘elect one of your own crap’