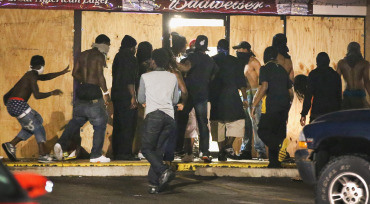 Atlanta, GA: In response to today’s announcement that the grand jury in Ferguson, MO, has decided not to indict officer Darren Wilson, Asian Americans Advancing Justice issues the following statement:

“As civil rights organizations, we fight daily for racial justice for all communities of color. And as Asian Americans, Native Hawaiians, and Pacific Islanders whose community members have also experienced police brutality and discrimination Asian Americans Advancing Justice condemns the grand jury’s failure to bring charges against officer Darren Wilson in the shooting death of Michael Brown.”

“We urge the U.S. Department of Justice to investigate racial profiling, excessive force and officer-involved shooting policies and practices in the Ferguson Police Department.  We need answers and justice for Michael Brown’s death. We will work with African Americans and other impacted communities to hold our leaders accountable and to ensure the motto of “to serve and protect” rings true for all of our communities.”