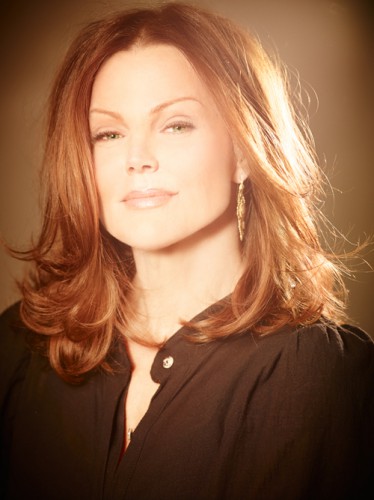 Atlanta, GA: Sunday 15h February 2015, global pop icon Belinda Carlisle is to drive an auto rickshaw across north India to raise funds for the Animal People Alliance (APA) which has been working to improve the lives of slavery survivors through economic empowerment and education since 2005. Beginning on 1st March 2015 in Chandigarh, the five-day trip will see the singer drive the three wheeler a distance of 950 km to Udaipur.
Belinda aims to raise $25,000 for the Animal People Alliance (APA), a project of The Emancipation Network / Made By Survivors, whose objectives are to train and employ vulnerable youth and women as veterinary technicians, dog handlers and animal caregivers, offering ongoing support and resources to the trainees and to the shelters where they are ultimately employed.
Best known as a multi-million selling recording artist with such hits as ‘Heaven Is A Place On Earth’, ‘Circle In The Sand’, ‘Leave A Light On’ and ‘Always Breaking My Heart’, Belinda has been a long-standing supporter of animal rights throughout a career spanning almost four decades.
Speaking about the three-person charity rickshaw ride, Belinda said: “I love extreme travel and thought it was a great idea to bring attention to the project. We will also get to see India off the beaten path.
“I have never been to Chandigarh but I heard it’s beautiful. I love the part of India around Ajmer and Jaipur, coming down through Rajasthan. I love adventure and I’m going to be seeing things that I’m sure will blow my mind, so this is going to be something very special.”
A successful solo artist as well as the lead vocalist of all-female band the Go-Go’s, Belinda’s passion for India extends to yoga and Hindi cinema. She recently studied a Kundalini yoga teacher training course in Rishikesh, and says that she would like to shoot a Bollywood movie with Salman Khan.
Belinda stated: ‘You know something, I love Bollywood. I don’t watch much American film at all, so it’s the only thing I really watch apart from some French and Italian cinema.
“I love Salman Khan. I love him and I like his bad boy attitude. He’s a bit over-gymmed but I think he has beautiful classical Indian features. He’s great. He has a fan in me.”
Supporters of the pop star can who make a donation to the Crowd Rise campaign have the opportunity to receive an autographed studio album box set, a personal Skype call from the star or the chance to ride in the rickshaw with Belinda on the last day of the journey.