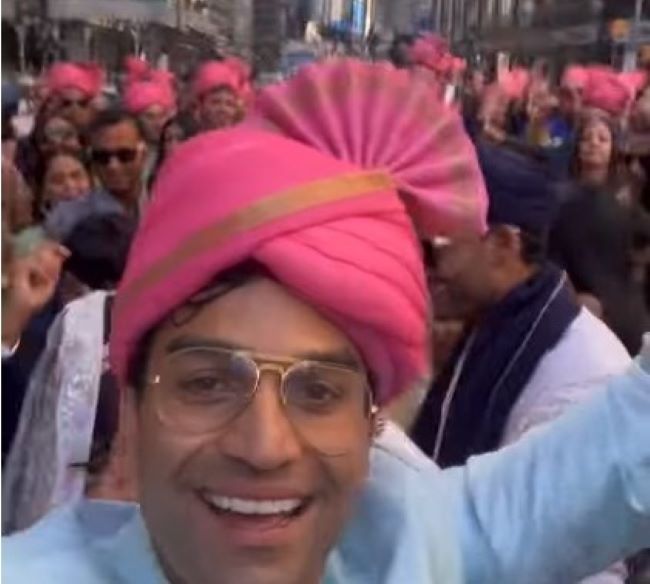 New York, Oct 20 (IANS) Suraj Patel, an Indian-American former candidate for US Congress, shared a video on social media of him and his family dancing on the streets of New York City celebrating his brother’s wedding.

In the video shared on Instagram earlier this month, Patel said: “My heart is so full, for my family to have all been here for such an incredible occasion for my brother’s wedding, so much love and energy on the streets of NYC.”

Several men wearing pink turbans and women in traditional attire can be seen dancing in the video in which the 38-year-old says, “we shut down Broadway for my brother’s wedding… and we danced like desi rockstars”.

Patel is a lawyer, professor, and politician. He is a member of the Democratic Party, and was a candidate for the newly-created 12th congressional district in Manhattan, New York City.

Patel had served in the 2008 Barack Obama Presidential Campaign as an organiser, and later on the advance team for the White House from 2008 to 2016, working on the former President’s 2012 re-election.

He is also an adjunct professor at NYU Stern, lecturing on business ethics.

Sunita Williams is continuing her career in space