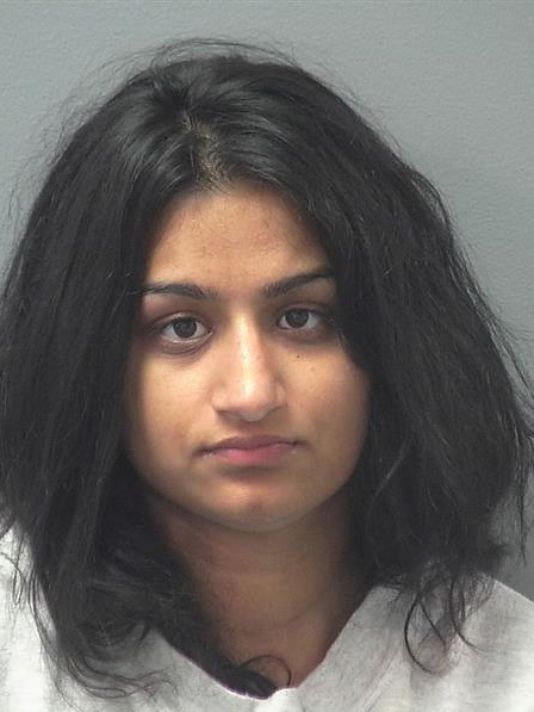 Washington, April 8 (IANS) An Indian-origin woman from California, nicknamed the “Bombshell Bandit” and convicted of robbing four banks in three US states, has been sentenced to 66 months in prison.

Sandeep Kaur, 24, of Union City, California, was sentenced in the federal district court in St. George in the US state of Utah on Tuesday, according to a St. George News report. Her attorney, Jay Winward, unsuccessfully requested for a lesser sentence for Kaur.

Kaur pleaded guilty in January to four felony charges of bank robberies that occurred during the summer of 2014.

Kaur’s crime spree began in California and ended after robbing the US Bank in the city of St. George, and leading police officers on a high-speed pursuit to Nevada, where she was arrested after an hour-long stand-off.

Winward asked the court for a sentence of 48 months. He told the court that Kaur was young, well-educated, capable of paying restitution, and had no prior criminal history.

She was raised in a traditional Indian family and grew up feeling “trapped” and bullied, Winward said.

She had run from an arranged marriage, to her boyfriend, whom she subsequently married. However, the relationship turned abusive, Winward said.

After making some money in the stock market, Kaur ended up in Las Vegas, acquiring a gambling addiction and becoming indebted to loan sharks, according to the attorney.

He told the court that Kaur was not a run-of-the-mill criminal, but rather a “good, wholesome person who made some horrible decisions”.

Kaur felt remorse, Winward said, and had been a model prisoner; and she had turned back to her religion. She was willing and capable of paying back the money she had stolen in the bank robberies, and could become a useful member of society, he said.

However, prosecuting attorney Paul Kohler said that during the robberies, the bank tellers did not know Kaur did not have a weapon, and so were afraid for their lives. The tellers were “trapped”, as were the families driving on the I-15 motorway during the police chase, and the police officers who responded.

Before pronouncing the sentence, US District Judge Ted Stewart called the case “complex”, citing both the violence of Kaur’s crimes, and her intelligence and opportunities. Kaur graduated from high school at the age of 15, and from nursing school at 19, he said.

However, the circumstances of Kaur’s life explained, but did not justify the crimes, the judge said, and did not warrant a lesser sentence. The public must be protected, he said.

Besides serving 66 months in prison, Kaur was ordered to repay the $40,000 taken in the four robberies.

According to the US Federal Bureau of Investigation (FBI), Kaur derives her nickname of “Bombshell Bandit” from the bomb threats she made during the robberies.