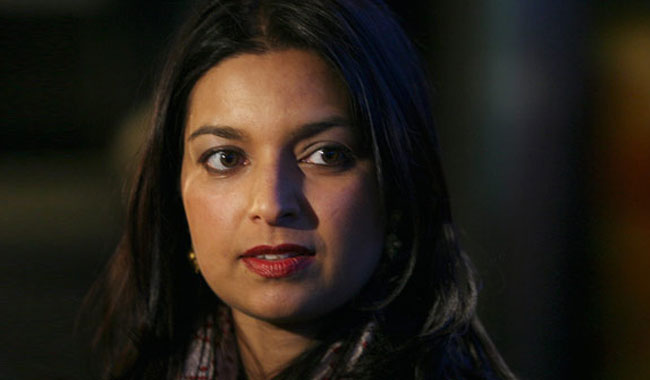 Washington, Sep 4 (IANS) Pulitzer Prize winning Indian-American author is one of the 10 distinguished recipients of the 2014 National Humanities Medal, to be prsented by President Barack Obama at a White House ceremony on September 10.

Lahiri has been awarded the medal “for enlarging the human story”, according to the White house citation. “In her works of fiction, Lahiri has illuminated the Indian-American experience in beautifully wrought narratives of estrangement and belonging.”

The medal honors an individual or organization whose work has deepened the nation’s understanding of the human experience, broadened citizens’ engagement with history and literature or helped preserve and expand Americans’ access to cultural resources.

The White House citation is accompanied by an article on Lahiri written by Elizabeth Word Gutting, a writer based in Washington and the programme director of the PEN/Faulkner Foundation.

Lahiri’s novel “The Lowland” was among the books Obama took with him while vacationing in Martha’s Vineyard, an island summer resort in Massachusetts, last month.

“The Lowland” is a story about two brothers who grew up in Calcutta in the 1960s. After one is killed, the other marries his pregnant widow and moves to the US. The New York Times calls the premise of this novel “startlingly operatic”.

Other awardees include historians, writers, a philosopher, scholar, preservationist, food activist and an education course.

The National Endowment for the Humanities (NEH) manages the nominations process for the National Humanities Medal on behalf of the White House.

“The National Endowment for the Humanities is proud to join President Obama in celebrating the achievements of these distinguished medalists,” said NEH chairman William Adams.

“The recipients of this medal have sparked our imaginations, ignited our passions, and transformed our cultural understanding. They embody how the humanities can serve a common good.”

The first National Humanities Medal was awarded in 1996. Since then, 175 have been bestowed to 163 individuals and 12 organizations inclusive of this year’s recipients.