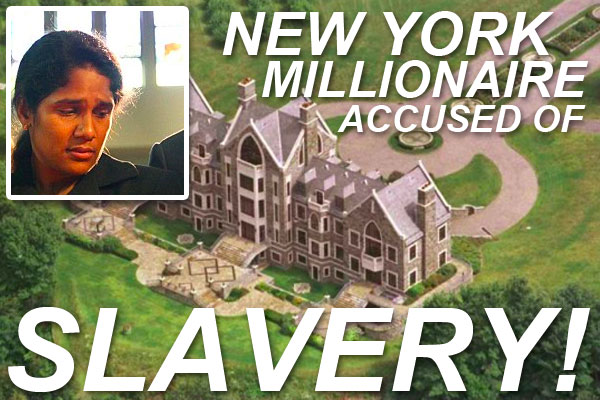 New York, March 5 (IANS) An Indian American woman, who was convicted in 2013 of harbouring an illegal immigrant at her upstate New York mansion for over five years and subjecting her to slave-like conditions, has lost an appeal to overturn the verdict.

Prosecutors alleged Annie George, who is originally from Kerala, forced victim Valsamma Mathai, also a native of Kerala, to work 17-hour days with no time off or sick leave.

Mathai also alleged that she was forced to sleep in a squalid closet during what little time she wasn’t working.

A three-judge panel on the Second Circuit of the US Court of Appeals on Wednesday also ruled the trial court judge was correct to rule that George must forfeit Llenroc mansion to the federal government, Times Union reported.

George’s attorneys had argued that forfeiture was an excessive penalty, but the appeals court found George’s interest in multimillion-dollar Llenroc, a 30,000-square-foot home overlooking the Mohawk River, was about $100,000, substantially less than the $250,000 maximum fine.

Forfeiture is allowed by law in this case because Llenroc was where the crime took place for which George was convicted, harbouring an illegal immigrant.

Whether Llenroc will actually be seized by the government is unclear as it is technically owned by a corporation comprising George family members, with Annie George as a minority shareholder.

The appellate ruling includes the detail that the George family paid $1.88 million in 2009 for the mansion and four years later owed $1.78 million on the property.

During the trial officials testified Mathai should have earned $317,144 working for George but got only $21,000.

Prosecutors also presented tape-recorded phone calls between George and Mathai’s son, recorded by the son, in which George admitted knowing Mathai was in the country illegally and instructing Mathai not to discuss her status. George was sentenced to home detention and probation in 2013.

In her appeal, George’s attorney argued the trial judge made errors in instructions to the jury, evidence was insufficient to prove the crime for which she was convicted and the forfeiture order amounted to an excessive fine.

The appeals panel rejected all aspects of the appeal, writing in its decision, “The evidence of George’s intent to prevent Mathai’s detection by authorities was overwhelming.”