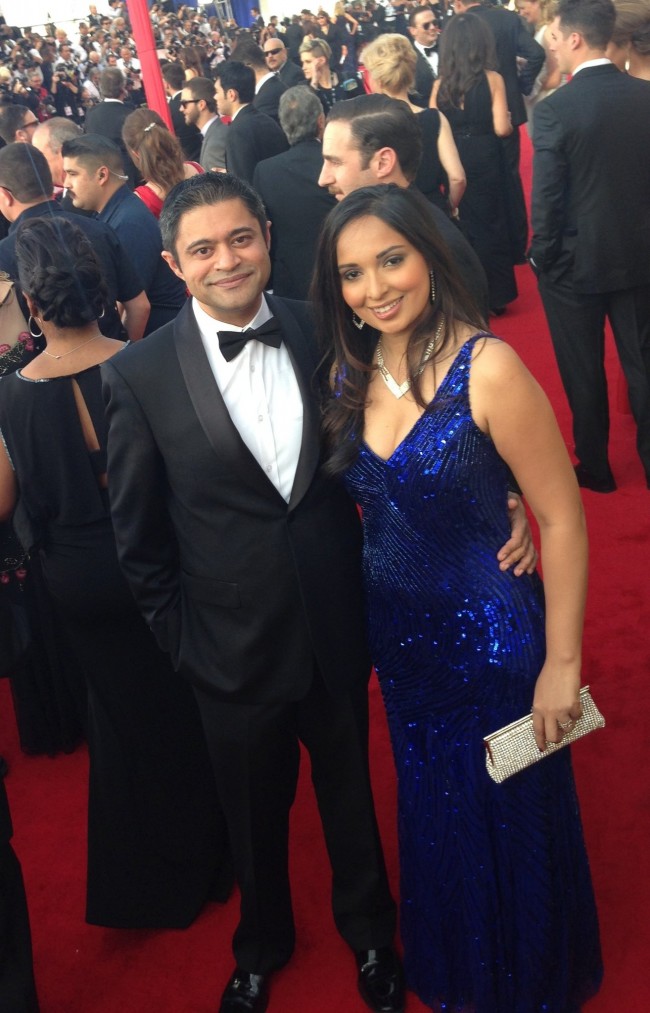 Hormis and Devi were married on February 14, at the Church of St. Paul the Apostle inManhattan.

Devi is a physician by profession and frequently appears on Fox News, CNN, MSNBC, CNBC, HLN, Fox Business Network, Al Jazeera America, CBS, NBC and The Dr. Oz Show. She is also an assistant professor of physical medicine and rehabilitation at the New York University School of Medicine.

Hormis is an auditor inManhattanfor the New York City Campaign Finance Board. He graduated from the University of Texas at Austin and received a master’s degree in finance from Harvard. He is the son of Antony Thaliath of the Gandhi Foundation of USA and Dr. Lizy Thaliath.

The NYT charts the journey of the couple after they were set up by relatives on Shaadi.com. Read the article here: http://www.nytimes.com/2015/02/22/fashion/weddings/shes-the-one-after-all.html