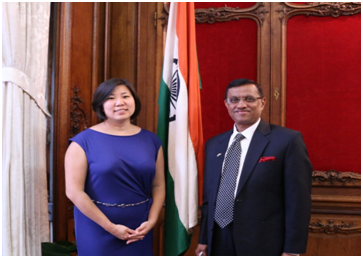 “Adding these holidays to the school calendar reflects and recognizes the rich and vibrant diversity that exists in our great city,” said Democrat Grace Meng, who represents Queens, a New York borough with a large concentration of Indian-Americans, in the US House of Representatives.

“I also renew my call to make Diwali a school holiday as well, and I hope that will happen soon,” she said.

“The time has come for our school system to recognize all these important holidays, just as it rightly does for holidays of other cultures and ethnicities.”

“We are committed to having a school calendar that reflects and honours the extraordinary diversity of our students,” said Farina.

De Blasio said the change means that Muslim families won’t be forced to choose between observing the holidays and sending their kids to school.

The announcement was made at a school in Brooklyn, where officials said 36 percent of students were absent the last time Eid al-Adha fell on a school day.

“We’re here today to make good on a promise to our Muslim brothers and sisters that a holiday of supreme importance to the Muslim community will be recognized in our school calendar so that children can honour the holiday without missing school,” the mayor said.

Eid al-Adha will be observed for the first time on September 24. Eid-al-Fitr, which falls over the summer, will be designated a holiday for those attending summer school.

Other school districts in Vermont, Massachusetts and New Jersey already close public schools in observance of Muslim holidays, according to the city.