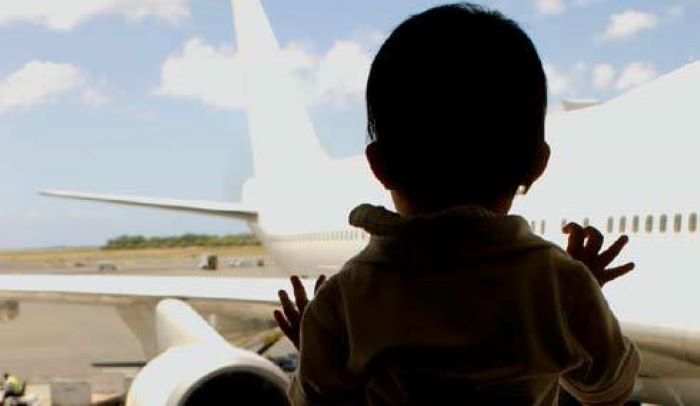 Image from the US State Department’s Compliance Report on the Hague Convention on the Civil Aspects of International Child Abduction via wikipedia.

Camden, N.J., September 15, 2021: A naturalized United States citizen living in India who was arrested in England made his initial court appearance and was arraigned today following his extradition to face charges that he obstructed the parental rights of his child’s mother by kidnapping the child and failing to return him to the United States when ordered to do so, Acting U.S. Attorney Rachael A. Honig announced.

Amitkumar Kanubhai Patel, 38, of Vadodara, India, formerly of Edison, New Jersey, was charged in an indictment that was unsealed today with one count of international parental kidnapping. A federal grand jury sitting in Camden returned the indictment on July 22, 2020. On Sept. 9, 2021, Patel was extradited from England. He appeared by videoconference before U.S. Magistrate Judge Karen M. William in Camden federal court and was detained.

The child’s mother, a resident of Cherry Hill, New Jersey, and Patel were in a relationship and resided together in New Jersey from August 2015 through July 2017. They never married. In November 2016, they had a child.

According to the mother, Patel wanted to take the child to India to introduce him to Patel’s parents and obtain DNA testing. Patel claimed DNA testing was necessary for the child to claim property that Patel’s family owned in India. Patel attempted to obtain an Indian visa for the child when the child was approximately four months old. The visa application was denied because Patel did not have documentation of his custodial rights to the child.

Patel told the child’s mother that in order to obtain an Indian visa for the child, he would need to secure sole custody of their son, which required them to go to court. Patel instructed the child’s mother to tell the court that they had a “mutual understanding” regarding the custody of their child. He instructed the mother to state that she did not have a work permit, and since she was unemployed, and could not care for her child.

On May 1, 2017, Patel went to New Jersey Superior Court, Chancery Division Family Court, to obtain sole custody of the child. According to the child’s mother, the majority of the hearing was conducted in English with no translator. At the time of the hearing, the child’s mother spoke limited English. The mother answered the court’s questions as she had been instructed by Patel. She was not represented by an attorney during the hearing.

On May 2, 2017, the court entered an order granting Patel sole legal custody of the minor child and allowing the mother to file for joint legal custody in the future. Upon receiving the court order, Patel obtained visas to India for himself and the child through Quick Travel Inc.  Patel told the child’s mother the trip to India would be for two weeks. On July 26, 2017, Patel and the child traveled to India.

On Oct. 2, 2020, Patel and the child flew from India to the United Kingdom, where Patel was arrested.

The international parental kidnapping count carries a maximum penalty of three years in prison and a maximum fine of $250,000.

Indian American students die after being swept away by Hurricane Ida