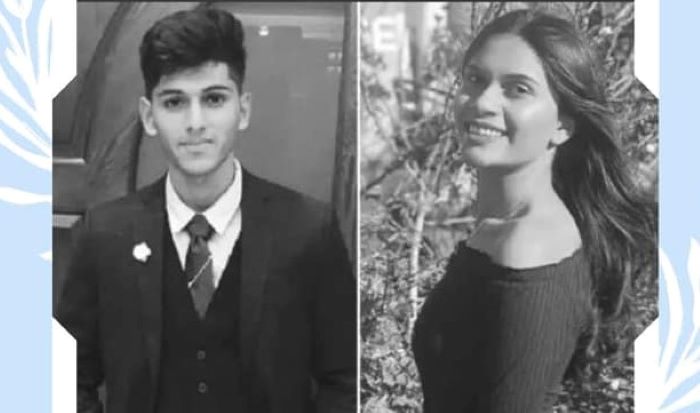 Passaic, New Jersey, September 15, 2021: A funeral service was held on Tuesday for two Indian-American students whose bodies were found this week in the Passaic River, New Jersey.

A state Medical Examiner in Newark identified the two bodies as Nidhi Rana, 18 and Ayush Rana, 21, a pair of friends who went missing from Passaic on Sept. 1 as Hurricane Ida battered the city, reports northjersey.com.

Rescue crews had been searching for the friends, who are unrelated but close, since last week, when family members found Ayush’s car overturned near a flooding culvert at Brook and Main avenues.

“Finishing up the services for Ayush Rana and Nidhi Rana today,” Passaic Mayor Hector Carlos Lora said through a Facebook post. “As a community we come together for each other in times of celebration and in times of mourning. Our unity is our strength and we all stand united with both of the families. We are here for you and we love you. May God bless and comfort, and keep all of the family members and friends.”

Nidhi and Ayush were close friends, whose families immigrated from the same town in India, reports northjersey.com. The two were inseparable, and their families remained close.