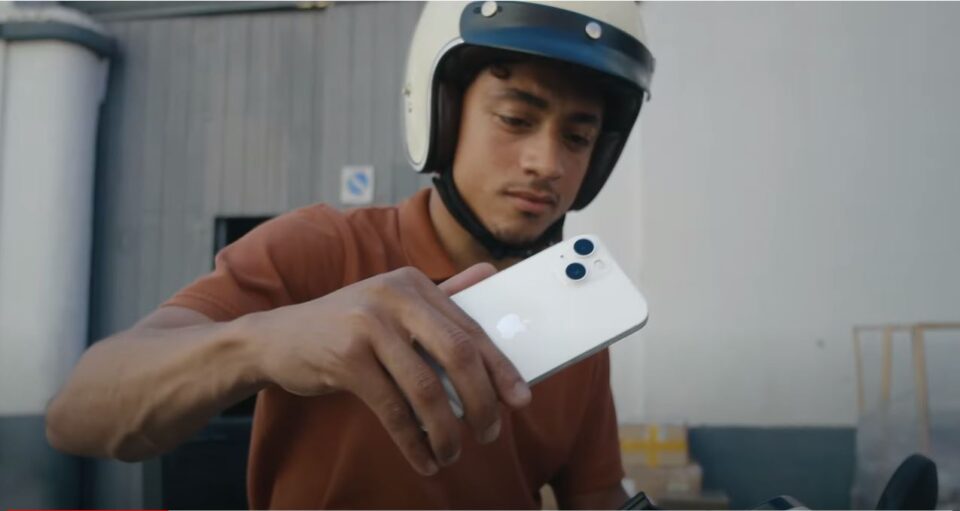 New Delhi, Sep 15 (IANS) Apple CEO Tim Cook announced four new models in the iPhone 13 lineup at the company’s much-anticipated “California streaming” product launch event and what caught the attention of Bollywood fans was the “Dum Maro Dum” tune played at the very start of the promotion video during the event.

Netizens were quick to point out that the popular Hindi song was played in the background while keynote speakers presented the newly announced iPhone 13 and other products.

“Did they just use the Dum Maro Dum soundtrack in the Apple launch event or did I just discover that this soundtrack is also borrowed,” said one twitter user.

The song was originally released in 1971 and produced by singer Asha Bhosle and R.D. Burman, was used for nearly 10 seconds.

Though the song is shot on veteran actress Zeenat Aman some users appeared to give actress Deepika Padukone the credit.

“Two observations from iPhone 13 commercial. 1. Can a delivery boy afford an iPhone13 as shown in the ad ? 2. The bgm sounds similar to Deepika Padukone’s Dum Maro Dum,” a user said.

For those who are unaware, the actual song was ‘Work All Day’ by Footsie.

The new iPhone 13 and iPhone 13 mini includes a smaller notch allowing for more display area. The notch is 20 per cent smaller, and the new Super Retina XDR display is 28 per cent brighter with 1200 nits peak brightness.

Additionally, the iPhone 13 sports a new A15 Bionic chipset under the hood, which Apple says is up to 50 per cent faster than the leading rival chips and offers up to 30 per cent better graphical performance.