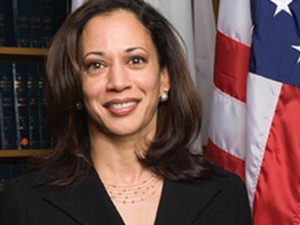 Washington, Feb 18 (IANS) California’s Indian-American Attorney General Kamala Harris, the first woman as well as the first African American and South Asian to hold the job, has filed her papers for re-election.

“So far, so good,” said Harris, who is so far running unopposed, after filing the papers with San Francisco’s Department of Elections last week.

“The deadline is March 7, so we’ll see,” she was quoted as saying by local San Francisco Appeal.

Harris, 48, daughter of an Indian mother and an African-American father, previously served two terms as San Francisco’s district attorney before winning her current seat in 2010.

As of Jan 31, Harris had reported more than $3.1 million in campaign funds – $2.5 million of which was raised in 2013, according to the California Secretary of State’s office. Harris said her strong fundraising totals reflect that people support the work she has done over the past four years.

She said she could not comment on measures that could appear on the ballot this year that would decriminalise recreational marijuana use because her office is required to write summaries for the ballot initiatives.

A career prosecutor, Harris began her career in the Alameda County District Attorney’s Office, where she specialised in prosecuting child sexual assault cases.

Harris counts President Barack Obama among her friends. Last April, Obama caused a stir by calling her as “by far the
best-looking attorney general”. Later he apologised to her for remarks that some branded sexist.

“She’s brilliant and she’s dedicated, she’s tough… She also happens to be, by far, the best looking attorney general,” Obama said according to a transcript provided by the White House only to cause a nationwide flutter among the chatteratti.

Bollywood has too much pressure now: Juhi Chawla