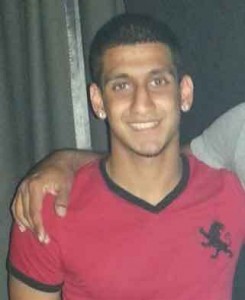 Atlanta, GA, Feb 18: (NRI Pulse News Desk) The body of 19-year-old Pravin  M. Varughese, a second year student majoring in criminal justice at Southern Illinois University was found, according to police. “On behalf of our Family, we wanted to thank you all for your kind words, endless support and prayers for Pravin,” said a post by Varughese’s family member on the facebook page created to help find him.  “Authorities have confirmed this morning that they have found his body. We ask that you continue to keep Pravin’s parents and sisters in your prayers as we go through this difficult time and mourn the loss of a beloved Son Brother, Grandson, Nephew, Cousin, & Friend.”

Authorities said the 19-year-old sophomore and criminal justice major had walked into the wooded area on the eastern edge of town after getting into a “dispute” with someone at the party. That man was attempting to drive Varughese home when the dispute started, police said.
At a press conference Tuesday, Carbondale police would say little about the nature of the dispute, other than they believed Varughese got off the vehicle on his own accord, reports Chicago Tribue. Varughese’s body showed no obvious signs of trauma, and no evidence thus far points to foul play in his death.
Carbondale Police Chief Jody O’Guinn said cold weather might have played a role. Varughese was wearing jeans and a shirt when he entered the woods, the chief said, and the area’s “difficult terrain and low temperatures are believed to have contributed to Pravin’s difficulty finding his way out of the wooded area,” reports Chicago Tribune.
An autopsy and toxicology report have been ordered, police said. The autopsy could take place Wednesday.

New York, Feb 17 (IANS) The family of an Indian American student, who went missing Feb 12 in Illinois, has announced a $6,000 reward for any information about him.

The friend told her it sounded like her brother might have been running or arguing with someone, the sister said.

Priya said Pravin was reported missing after he did not return to the off-campus room he shares with his cousin and another roommate the following day.

Family, friends and members of the family’s church have made the trip to Carbondale to assist in the search, she said.

The family has put up a $5,000 reward and police have offered another $1,000 reward for information.

The family have also launched an online fundraiser for additional reward money, which can be found through a Facebook page: “MISSING: Pravin Varughese.”

“If people have anything to say… come forward,” Priya Varughese said. “We just really want him back home and safe.”

Anonymous tips can also be sent through the Carbondale police website.

According to police records, the missing man is 5 feet 7 inches tall, weighs 150 pounds and has short brown hair and brown eyes.

Pravin was unshaven when last seen, and wearing a red shirt with dark blue jeans and purple shoes.

He has a “Fear God” tattoo on his chest.

US returns three 'most wanted' stolen antiquities to India