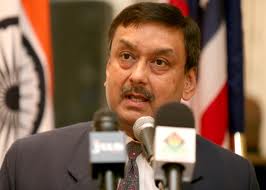 Washington, Jan 21 (IANS) Indian diplomats in the United States are in a fix. Either they begin paying their domestic helps as per US laws or adapt to a new lifestyle – taking care of their homes on their own or hiring part time help like other working couples in this country do.

Indian diplomats will have to follow new regulations outlined by the White House on human trafficking, under which foreign workers employed with diplomats and other expats will have to be paid minimum wages as per US laws or face a situation like that of Devyani Khobragade, India’s former deputy consul general in New York, who was sought to be prosecuted for falsification of visa documents and underpaying her nanny.

While Indians are unlikely to forgive and forget the bitter diplomatic row anytime soon, there are 14 other domestic workers reportedly employed by Indian diplomats in US who could trigger another crisis by going to the authorities with similar complaints.

Immediate tensions may have been defused with Khobragade’s return but the underlying issues remain unresolved in the dipomatic mess-up between the US and India over the arrest and strip-search of the diplomat over alleged visa fraud and underpaying her nanny.

Indian diplomats have sought to justify payment of lower wages to domestic workers on the ground that they stay with the diplomats and all their personal needs like lodging, meals and health insurance are taken care of.

However, as of March 2011, the State Department “has decided that no deductions are allowed for lodging, medical care, medical insurance or travel. As of April 2012, deductions taken for meals are also no longer allowed”.

To overcome the problem, the Indian government is said to be “considering significant changes in the status” of domestic workers, or Indian-based domestic assistants (IBDA) as they are called officially, that Indian diplomats take to the US and Europe.

Apparently the proposal is to bring such workers to the US on “A-2” visas by making them Indian government employees whose wages would not be subject to US laws. However, there is a catch here too. A-1 or A-2 visas are issued to only those travelling to the US on behalf of one’s “national government to engage solely in official activities for that government.”

Prabhu Dayal, who was India’s consul general in New York from Sep 2008 to Feb 2013, note: “For decades, domestic assistants accompanying our diplomats to the US have gone missing, preferring to stay there illegally and pursue their dollar dreams. Countless security guards, including many from the police and paramilitary services, have also done likewise,” added Dayal, who faced a similar civil case during his tenure and reached a settlement with his domestic employee on undisclosed terms.

An atmosphere of fear rules at the Indian consulate in New York because of the lack of full diplomatic immunity and the potential for lawsuits from domestic help, Dayal told News India Times, an ethnic newspaper published from New York.

Dayal’s solution, according to the Times, would be to close down the New York consulate and shift its duties to the Indian embassy in Washington and to India’s Permanent Mission at the UN.

Indian-American Ravi Batra, who took up Dayal’s case, instead suggested creating a new legal category for diplomatic foreign domestic workers, which exempts them from US labour laws, including, wages and hours.

Even as India has been raising the issue of “reciprocity” in matters of diplomatic privileges and immunities, the White House has come out with a strategic action plan for human trafficking “victims”. Among other things, the five year plan, running into 84 pages, envisages “in-person registration of domestic workers employed by diplomatic personnel” in the American capital and “educating” foreign missions about “protections” for such domestic workers.

Even under the current provisions, foreign diplomats and officials of international organisations like the United Nations and International Monetary Fund must pay the minimum wages under US law to domestic workers they bring under “A-3” and “G-5” visas.

A-3 visas for “personal employees, attendants, domestic workers, or servants” of diplomats are issued on showing proof that they “will receive a fair wage, sufficient to financially support himself, comparable to that being offered in the area of employment in the US is required.”

Those below the diplomatic rank of minister or higher also “must demonstrate that he or she will have sufficient funds to provide a fair wage and working conditions, as reflected in the contract.”

Kashmir witnessed ISIS-level horror before the West was introduced to it: Sunanda Vashisht at Congressional hearing