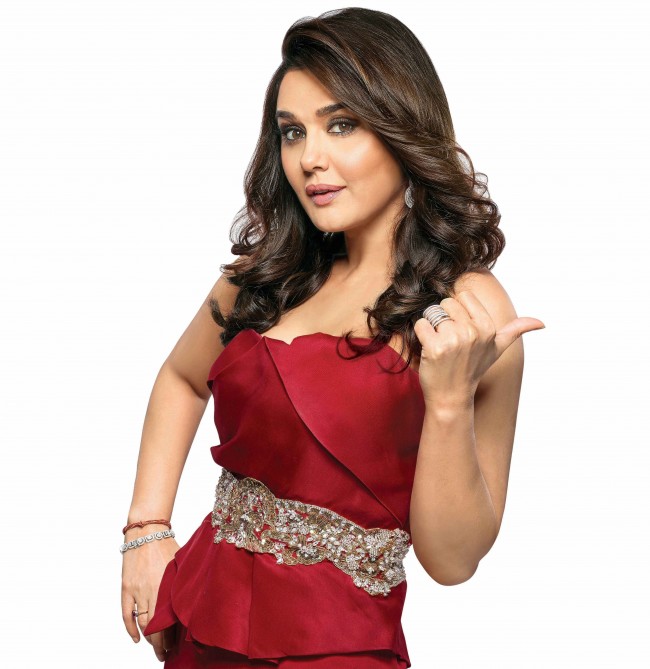 Mumbai, April 15 (IANS) She prides herself in doing one film at a time and surviving in the Bollywood arena, but Preity Zinta’s subsequent involvement in Twenty20 cricket tournament Indian Premier League (IPL) in 2008 affected her movie presence. Now, the dimpled beauty with brains is ready to be back with a bang in filmdom.

A co-owner of IPL franchise Kings XI Punjab, Preity, who is coming to the small screen as a judge on dance-based reality show “Nach Baliye”, says she wanted to keep her focus on cricket back in 2008.

“I wanted to focus on cricket that time. Acting is not something that you can just do. When you go and start performing, you put yourself in a safety deposit box and you become somebody else. A lot of me was required in cricket because I was starting a new business.

“I went through the whole process on my own and I didn’t think it was possible for me to do all that and become somebody else. Something was going to suffer and after all these years in the industry, I didn’t want to end up doing films where either production suffered or I as an actor suffered. I was quite happy to take on cricket and do that. I wanted growth,” Preity told IANS in an interview here.

Now that it’s been been eight years of IPL, she feels “IPL doesn’t need me anymore”.

“Now I just have to come and watch the game. The business is doing well, the team is doing well. Things have fallen into place. Now doing this (‘Nach Baliye’) or movie sounds exciting to me because I’ve been away from them for sometime. I’ve come back with a fresh perspective and I’m in a different space. I never thought that I would

be so excited about judging a dance reality show,” she said.

A producer, writer, entrepreneur and a dance lover, Preity, who considers herself “in good space right now”, promises to feature in more movies this year.

The 40-year-old, who was last seen in a full-fledged role in the 2013 dud “Ishkq in Paris”, is now busy filming her upcoming film “Bhaiyyaji Superhitt” and “Nach Baliye 7”, which she is co-judging with author Chetan Bhagat and choreographer Marzi Pestonji.

“This show is going to be a treat,” Preity told IANS here while promoting the celebrity dance show, which will be aired on Star Plus starting April 26.

Talking about her filmography, the “Sangharsh” star, who made her Bollywood debut with “Dil Se..” in 1998, says she is happy about having done selective work.

“I was the only actress from my generation or any generation who came and did one film at a time and survived,” said the actress, who has featured in over 30 films, including cameos.

She promises more than just films to her fans this year.

“You’ll see me in more movies this year for sure. ‘Bhaiyyaji Superhitt’ film is what I’m doing which I’m going to complete. There’s also some new work coming. I’m also starting a new business venture. You’ll hear about it by end of this year. It’s a big deal for me. I’m in good space right now where I want to do all this,” said Preity.

What about movie production?

“My first movie (‘Ishkq in Paris’) that I did… I’m very proud of the movie. It’s okay to do one or a couple of things wrong. It was a great learning experience. Hopefully, I’ll come back with bigger and better things… which I will but not immediately right now.

“Without sounding arrogant, I’ve had 80 to 90 percent success rate compared to things that have not worked out for me so, I don’t even think I should be in a position to complain.

“God has been kind to me. I should be appreciative of what I have instead of complaining about what I don’t because I definitely got more than I ever dreamt of,” said the former model.