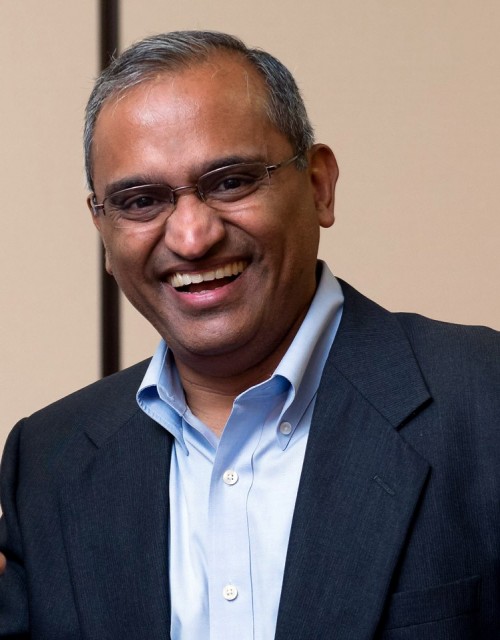 Atlanta, GA: “A wave of relief swept over me when I realized that the world will be free of Annamalai Annamalai for the next 27 years,” said Valmiki Raghunathan, a victim, and the most persistent critic of Commander Selvam, the former leader of the now defunct Hindu Temple of Georgia. Selvam, as sentenced to 27 years, three months in prison following his conviction on 34 felony counts, including bank fraud, tax fraud, bankruptcy fraud, and obstruction charges by a on Monday.

“The same law enforcement and legal process that he perverted to his own ends, finally brought him to his knees when be begged for mercy and asked Judge Batten to sentence him to death instead of a virtual (nearly 30-year) life sentence,” Raghunathan told NRI Pulse. 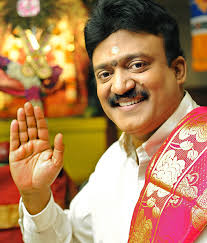 Raghnunathan was instrumental in garnering the support of mainstream media including Fox 5 Atlanta, and alerting the police to Annamalai’s fraudulent activities.

“For ten years, this man terrorized people all over the country with false credit card charges and when they objected, with meritless lawsuits. Finally, it’s all over!! The majesty of the US legal process was in full display as the US attorneys laid out, in meticulous details, Annamalai’s history of fraud over the past decade.”

Raghunathan said Judge Batten called Annamalai a sociopath who seemed to enjoy preying on vulnerable people, a fraud and the worst manipulator he has seen in his courts.

“Annamalai claimed he had two  million followers. The judge asked him, “Where are they? I don’t see a single one in the courtroom”.

Judge Batten handed down the sentence after listening to Dr. Commander address the court for nearly an hour, reported Randy Travis of Fox 5, Atlanta. Selvam pleaded and begged, cried and moaned, telling the judge, “My god will come to court. My god will send me back to India. That god is you your honor.”

If he serves his entire sentence he’ll be 77 years old when he walks out of prison. Then he’ll be sent back to India where his wife has already been deported for her involvement in this case, said Travis in his report.

“Annamalai perverted the sacred institution of religion by using it as a vehicle for greed and personal profit,” said Acting U.S. Attorney John A. Horn. “He convinced his victims that they had a problem in need of spiritual guidance, and then took advantage of their vulnerabilities for personal financial gain. The sentence rendered against him is lengthy but just and fair considering the irreparable harm he caused to his victims.”

“Annamalai Annamalai, a self-proclaimed “child prodigy” and “priest”, received his fate today for the fraud that he perpetrated on the faithful followers that believed in him,” stated Veronica F. Hyman-Pillot, Special Agent in Charge, IRS Criminal Investigation. “This defendant utilized the nation’s financial system to steal money from unsuspecting victims and then used the money for his own personal benefit. This sentence is a vital element in maintaining public confidence in our legal and financial system.”

According to Acting United States Attorney Horn, the indictment, and other information presented in court:  Annamalai generated income through the Hindu Temple of Georgia (“theHinduTemple”) by charging fees to his followers in exchange for providing spiritual or related services.   In a typical transaction, a follower agreed to purchase a particular service for a communicated price, and provided a credit card number by telephone to guarantee payment.  Annamalai caused the followers’ credit card numbers to be charged on multiple occasions, in excess of their agreed amount and without authorization.

If the followers disputed the charges with their respective credit card companies, Annamalai submitted false documentation to the credit card companies in support of the unauthorized charges. Annamalai later filed spurious lawsuits against followers who disputed his charges and manipulated audio recordings to make it sound as if the followers had agreed to the disputed charges. Annamalai caused these manipulated audio recordings to be submitted to police departments investigating criminal complaints that were lodged against him.

The income generated by theHinduTemplethrough these credit card charges was used to fund the personal lifestyle of Annamalai and his family, who owned or controlled numerous homes and real properties, luxury vehicles, and foreign bank accounts inIndia.

Finally, Annamalai was convicted of conspiring with his spouse and others to conceal the arrest of co-defendant Kumar Chinnathambi.

Annamalai Annamalai, 49, of Baytown, Texas, was sentenced to 27 years, three months in prison.

Chinnathambi, 34, of Baytown,Texas, was later arrested and pleaded guilty to conspiracy to commit bankruptcy fraud on July 17, 2014.  He will be sentenced at a later date.

In addition to Annamalai’s prison sentence, U.S. District Court Judge Timothy C. Batten, Sr. also ordered Annamalai to not engage in any spiritual service for compensation, directly or indirectly through intermediaries; and to not file frivolous, abusive, or malicious lawsuits against (1) former customers of the Hindu Temple and related entities, and victims of his criminal schemes; (2) parties, creditors, the Trustee, lawyers, or court personnel involved in the Hindu Temple’s bankruptcy case; and (3) attorneys, government agents, the jury, and court personnel involved in the criminal case.  Judge Batten also recommended to the Bureau of Prisons that Annamalai be housed in a “Communications Management Housing Unit,” which is a special facility that will be able to monitor Annamalai’s telephone calls and electronic communications from prison.

This case was investigated by Special Agents of the Internal Revenue Service Criminal Investigation, with assistance from the Federal Bureau of Investigation (FBI).