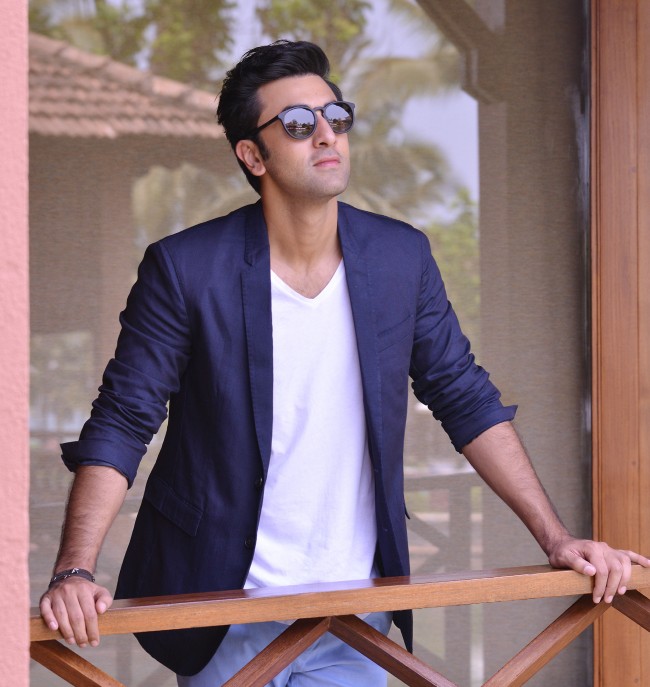 Panaji, May 7 (IANS) A coming-of-age role in “Wake Up Sid”, a troubled musician in “Rockstar”, a deaf and mute prankster in “Barfi!” and an aggressive man of great ambitions in “Bombay Velvet” — clearly, Bollywood’s quintessential ‘heroism’ does not match actor Ranbir Kapoor’s sensibilities. He says it’s possible thanks to filmmakers who are out to redefine the ‘hero’ of Indian cinema.

“Cinema is progressing…It is names like Anurag Kashyap, Anurag Basu, Imtiaz Ali and Ayan Mukerji, who are bringing these characters in. They are changing the hero of Indian cinema,” Ranbir, who finds “heroism in the underhero”, told IANS in a chat here while promoting “Bombay Velvet”.

He says the “space” is opening up for “other characters” even if “there will always be a ‘Dabangg’, a ‘Singham’ or a Raj from ‘Dilwale Dulhania Le Jayenge'”.

“It’s not only about heroism. I feel very lucky that I can be part of these filmmakers’ characters because these are the parts which excite me and which I’d love watching. If I’d love watching something, I would do it with conviction and the audience will enjoy it too,” said the 32-year-old charmer, who comes from a family of cinestars.

“I can’t see myself punching someone who flies 20 ft away. I always find heroism in the underhero. More than the achievement, the honest trying of a character and struggle to get it… I think that has a greater glory than being a winner.

“In that sense, the struggle is more important than the victory…in life also. So, I am more comfortable playing real and relatable characters. I tried playing a hero in ‘Besharam’, and I fell flat on my face because it doesn’t come naturally to me,” said the actor, whose unimpressive debut with “Saawariya” in 2007 didn’t deter him from choosing roles with a difference.

In Anurag Kashyap’s “Bombay Velvet” too, Ranbir takes the unbeaten path of embodying a man on an unflinching quest for success, fame and power. His look seems to reflect a lot of his world famous grandfather Raj Kapoor.

The actor admits that “there were references to the look of the character”, but he is “not inspired as far as performance is concerned”.

“I look a certain way and people have a perception of my image, so it was important that I drastically change my look for the film. So yes, there’s a bit of Kishore Kumar from the 1950s, Raj Kapoor, Robert De Niro from “Raging Bull”. But those were just superficial references,” he said, adding that there’s “no ‘Raj Kapoorness’ that I’ve put in ‘Bombay Velvet'”.

Admitting that it’s hard to escape parallels with his grandfather, Ranbir said he has “so far been quite safe from being compared to my family as I have an individualistic approach to my work”.

“I think the only Raj Kapoor channelising I did was in ‘Saawariya’. Post that, I was just trying to be me,” he said.

After “Bombay Velvet” releases on May 15, Ranbir will continue his journey of experimenting with roles.

“I have ‘Tamasha’ with Deepika Padukone. And then ‘Jagga Jasoos’, which is a detective film and I play an 18-year-old with a stammer. It’s a musical,” he said.

“It’s an urban love story and I’m really looking forward to that. Sometimes you need to do an urban, light film between intense films… it makes you feel free and go back to the basics,” said the actor, who will also play a superhero in Ayan Mukerji’s film, which will start next year.

Kareena and Saif to become parents in December