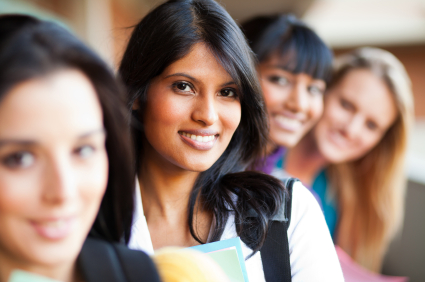 Washington, Nov 18 (IANS) After three years of decline, the number of Indian students at US campuses increased by six percent to 102,673 in the 2013-14 academic year, according to a new report on International Educational Exchange.

The number of international students at colleges and universities in the US increased by eight percent to a record high of 886,052 students in the 2013-14 academic year, the 2014 Open Doors Report released Monday found.

The overall number of international students in the US has grown by 72 percent since the first International Education Week briefing was held in 2000, it noted.

In 2013-14, there were 66,408 more international students enrolled in US higher education compared to the previous year.

While students from China and Saudi Arabia together account for 73 percent of the growth, a wider range of countries contributed to the increase, with India, Brazil, Iran and Kuwait together accounting for an additional 18 percent of growth, the report found.

Students from the top three places of origin — China, India, and South Korea — now represent approximately 50 percent of the total enrollment of international students in the US, with the number from China and India increasing, and the numbers from South Korea declining.

The report also found that more American students — a total of 289,408 — studied abroad.

There were declines in the number of American students going to China, Australia, Argentina, India, Mexico, Ecuador, Israel, Chile, and New Zealand.

The US hosts more of the world’s 4.5 million globally mobile college and university students than any other country in the world, with almost double the number hosted by Britain, the second leading host country, according to the report.

International students’ spending in all 50 states contributed more than $27 billion to the US economy in 2013, according to the US Department of Commerce.