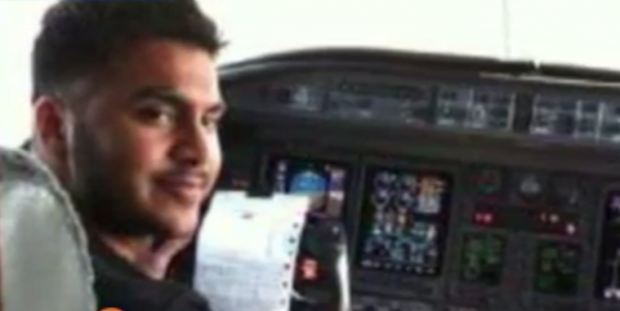 Washington, Feb 5 (IANS) An Indian-American pilot and/or his passenger in Colorado were likely taking selfies when the pilot lost control of the plane, causing it to crash, and killing them both last spring, according to federal investigators

Pilot Amritpal Singh, 29, and his passenger were killed instantly when Singh’s Cessna 150K crashed into a wheat field shortly after midnight May 31, USA Today reported. The wreckage was discovered around 7:30 that morning.

A GoPro camera mounted to the plane’s windshield recorded Singh and several other passengers taking selfies on their cellphones during a series of short flights before the crash, the National Transportation Safety Board found.

While the GoPro didn’t record the flight where Singh crashed, investigators portrayed a pattern of the pilot taking selfies and possibly texting while giving rides to passengers above Front Range Airport, about 30 miles east of Denver, Colorado, the newspaper said.

Singh’s plane was about 740 feet above the ground when it descended rapidly and hit the ground.

“It is likely that cellphone use during the accident flight distracted the pilot and contributed to the development of special disorientation and subsequent loss of control,” the NTSB was quoted as saying.

The evidence suggests that Singh got distracted, disoriented, stalled the plane and crashed, NTSB investigators said as cited by USA Today.

Singh also lacked certification for flying at night with instruments and for carrying passengers at night.

“During the climb-out portion of flight, the pilot uses his cellphone to take a self photograph. The camera’s flash was activated and illuminated the cockpit area,” NTSB investigators reported about one of Singh’s flights a few minutes before the crash.

“During the climb-out phase, the pilot was seen making keyboard entries to his cell phone and additional keyboard entries on a portion of flight consistent with the downwind leg,” the investigators were quoted as saying.

INDIA NEWS: Vaccination of those above 50 three weeks from now