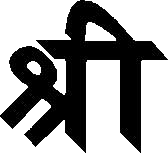 New York, May 1 (IANS) Ever wondered why most Britishers could not pronounce the Sanskrit word ‘sri’ – a common Indian honorific for males – and instead settled for ‘shri’, a combination of sounds found in English words like shriek and shred?

This is because the brain does not work like a computer when it comes to recognising speech sounds, rather it decides whether or not a combination can be permitted based on words that are already known, a fascinating study has said.

Words that begin with the sounds “sr-” are not found in the English language.

“Our findings have implications for the idea that the brain acts as a computer, which would mean that it uses rules – the equivalent of software commands – to manipulate information,” said David Gow, a clinical instructor in neurology at Harvard Medical School.

“Instead it looks like at least some of the processes that cognitive psychologists and linguists have historically attributed to the application of rules may instead emerge from the association of speech sounds with words we already know,” he explained.

Human beings speak more than 6,000 distinct language, and each language allows some ways to combine speech sounds into sequences but prohibits others.

Although individuals are not usually conscious of these restrictions, native speakers have a strong sense of whether or not a combination is acceptable.

“Most English speakers could accept `doke’ as a reasonable English word, but not `lgef’,” Gow noted.

When we hear a word that does not sound reasonable, we often mishear or repeat it in a way that makes it sound more acceptable, said the researcher.

The study appeared in the journal PLOS One.