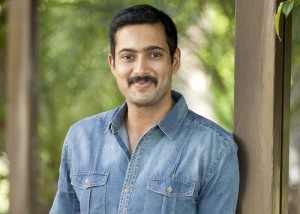 Kiran, who acted in 19 films including three Tamil movies, ended his life in his flat at Srinagar colony around midnight. He was alone in the flat.

Vishita, who had gone out for a family party, rushed to the flat after he did not respond to her mobile phone calls.

She immediately took him to Jubilee Hills Apollo hospital here where the doctors declared him dead. An autopsy was conducted on the body at government-run Osmania General Hospital. The body was later shifted to the mortuary at Nizam’s Institute of Medical Sciences (NIMS).

A police officer quoted his wife and other family members as saying that he was in deep depression for the last few days.

He refused to attend the birthday party of a relative in the city Sunday night and sent his wife for the same.

Vishita grew suspicious when he did not respond to her phone calls after sending her an SMS reportedly expressing his love. She rushed to the flat where she found him hanging from the ceiling in the gym. With the help of neighbours, she shifted him to hospital.

Kiran was depressed over not getting any new film since February last year.

Family members told police that he was in touch with a Tamil filmmaker and was waiting for his phone call Sunday. He became depressed when he did not get the call.

Assistant Commissioner of Police Ashok Kumar told reporters that no suicide note was found. He said investigations were on into the cause of the suicide.

Investigators, who gathered clues at the flat, also questioned security guard and the actor’s neighbours. They also seized mobile phone and laptop and were analysing the data to investigate the cause that may have led to actor’s tragic end.

Born Jan 26, 1980, Kiran began his film career with Telugu film “Chitram”, a romantic-drama in 2000. He had a meteoric rise in the industry as the first movie directed by Teja proved a hit. This was followed by “Nuvvu Neenu” and “Manasantha Nuvve”, which were also huge success. The charming hero with romantic image began to be called ‘hat-trick hero’.

In 2001, he bagged Filmfare best actor award and achieved the distinction of being the youngest to bag the honour.

After the initial success, Kiran was getting few films and faced a tough time in both professional and personal life. He was engaged to superstar Chiranjeevi’s elder daughter Sushmita in 2003 but the marriage was called off for unknown reasons.

It was on Oct 24, 2012 he married his long-term friend Vishita. He hoped the marriage would bring good luck and revive his career.

Several Telugu film personalities expressed shock over Kiran’s suicide. Those who rushed to the actor’s house include actor Srikant and director Teja.

“Not just Uday Kiran, any actor will get into depression if nobody is signing him,” said Teja, who described him as a soft-spoken actor.

Meanwhile, a lawyer filed a petition in State Human Rights Commission, seeking direction to the government to order probe into the actor’s suicide. Petitioner Arun Kumar alleged that four families were ruling the Telugu film industry and cited this as the cause for Kiran’s suicide