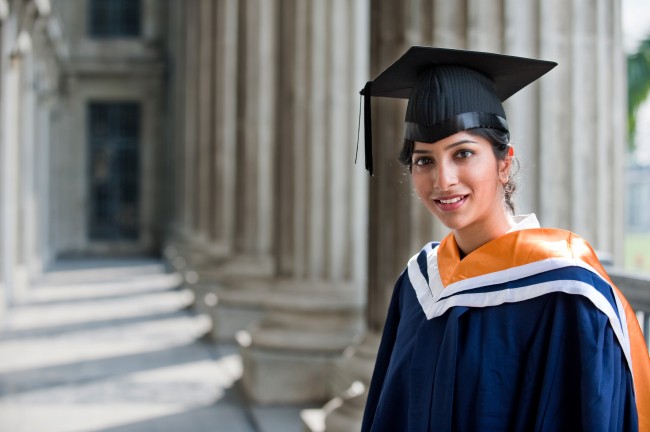 New Delhi, Nov 13 (IANS) The number of Indian students studying in the US has doubled in the last 10 years, with the growth rate running in double digits for the fourth year running, the US embassy said on Monday.

According to a report published by the US Department of State Bureau of Educational and Cultural Affairs, the total number of Indian students now in the US stands at over 186,000, rising by more than 12 per cent in the last one year.

Comprising 17.3 per cent of all international students there, the Indian students are only behind China, which remains the top sender of students to the US since 2009-10 when it toppled India for the number one position.

“The number of Indian students in the US has doubled over the last 10 years and India is the second leading place of origin for students coming to the US… The majority of Indian students (56 per cent) in the US are studying at the (post) graduate level,” George Hogeman, Consul General, US Embassy, told reporters, citing the numbers in the ‘2017 Open Doors report on International Educational Exchange’.

The other countries which ranked as top senders to the US after China and India were South Korea, Saudi Arabia, Canada, Vietnam, Taiwan, Japan, Mexico and Brazil.

The top five US states hosting international students cited in the report were California, New York, Texas, Pennsylvania and Massachusetts.

Courses in the STEM (Science, Technology, Engineering and Mathematics) field made up for the biggest chunk of all those sought by Indian students, with over 70 per cent enrolled in Mathematics, Computer Science and Engineering alone.