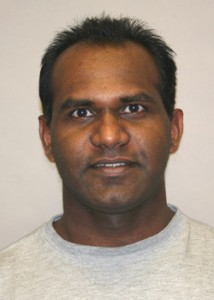 Washington, Oct 28 (IANS) Astronomers, including an Indian-American, have discovered the most distant spectroscopically confirmed galaxy ever found – one created within 700 million years after the Big Bang.

“It’s exciting to know we’re the first people in the world to see this,” said Vithal Tilvi, a post-doctoral research associate at Texas A&M, a research-intensive flagship university, and co-author of the paper published in the latest edition of the journal Nature.

“It raises interesting questions about the origins and the evolution of the universe,” said Tilvi, born in Goa, India.

The paper’s lead author is Steven Finkelstein, an assistant professor at the University of Texas at Austin and 2011 Hubble Fellow.

Light from the galaxy, designated by scientists as z8_GND_5296, took about 13.1 billion years to reach the orbiting Hubble Space Telescope and the Keck Observatory in Hawaii, both of which detected the galaxy in infrared light.

Tilvi notes this is one of two major changes in the fundamental essence of the universe since its beginning – the other being a transition from a plasma state to a neutral state. He is leading the effort on a follow-up paper that will use a sophisticated statistical analysis to explore that transition further.

“Everything seems to have changed since then,” Tilvi said. “If it was neutral everywhere today, the night sky that we see wouldn’t be as beautiful. What I’m working on is studying exactly why and exactly where this happened. Was this transition sudden, or was it gradual?”

Using that data, the team was armed with 43 potential distant galaxies and set out to confirm their distances.

Tilvi, Finkelstein and his graduate student, Mimi Song, detected only one galaxy during their two nights of observation at Keck, but it turned out to be the most distant ever confirmed.

It's Diwali for Vrindavan widows too, this year