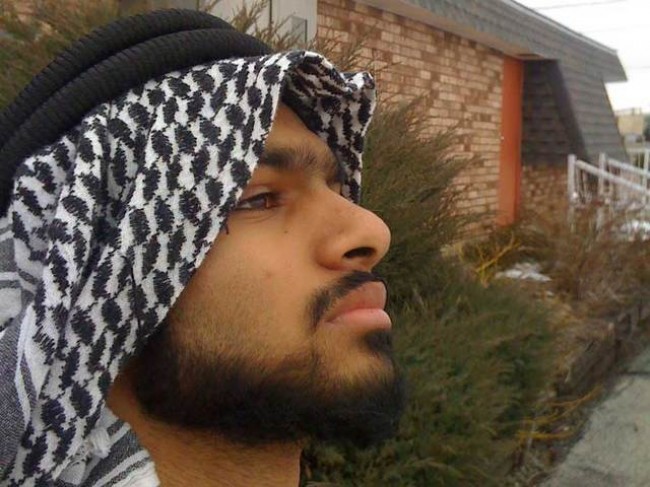 New York, Nov 20 (IANS) An Indian American man who tried to go to Syria with his teenaged brother and sister to join the Islamic State terror organisation has been sentenced in Chicago to 40 months in prison.

Mohammed Hamzah Khan, 21, became on Friday the first person of Indian origin to be convicted and sentenced in the US for Islamic State connections.

The sentencing hits the news just after the victory of Republican Presidential candidate Donald Trump, who had called for intensive investigation of Muslim immigrants and, controversially, suggesting that if necessary their immigration should be stopped temporarily till a mechanism for heightened scrutiny was in place.

Federal Judge John J. Tharp sentenced Khan, who had admitted in court last year to the charges of providing support to the Islamic State and trying to go abroad to join it, Mary B. McCord, the Acting Assistant Attorney General for National Security, said in a statement.

The judge in the Northern Illinois federal court also ordered that for 20 years after his release, Khan should undergo intensive supervision that includes “violent extremism counselling” and a mental health treatment program, she added.

Khan was arrested by anti-terrorism officers two years ago while trying to leave the US from Chicago’s O’Hare Airport, she said. He was 19 years old at the time of his arrest.

Khan’s brother, who was 16 years old in 2014, and sister, who was 17, were also stopped at the airport but did not face any charges and were let go after officials questioned them.

Khan is an American citizen born here. But his family had immigrated from India and lived in the Chicago area, The Chicago Tribune reported quoting his lawyer Thomas Anthony Durkin.

In a Tribune picture taken outside the courtroom, Khan’s mother, Zarine, was seen wearing a hijab and his father, Shafi, a long beard. The newspaper said that Khan wore a skullcap inside the court.

ABCNews reported that last year, his mother had publicly asked IS leaders to “leave our children alone” and asserted: “The venom spewed by these groups and the violence committed by them find no support in the Quran and are completely at odds with our Islamic faith.”

Durkin told the judge that Khan did not intend to wage a jihad against the US but was naive and only wanted to join an Islamic caliphate and live according to Muslim doctrine, according to the Tribune.

Tharp did not buy the argument. The Tribune reported that the judge said: “Mr. Khan set off to join and aid a terrorist organization that believes it is appropriate, indeed believes it is holy, to kill anyone who disagrees with its religious dogma.”

Tharp referred to the behaviour of the Islamic State and told Khan that “instead of a public beheading, you have been given a public trial,” ABCNews reported.

Khan could have been sentenced to 15 years, but the prosecutors asked for only five years because he had cooperated in other prosecutions and the judge gave the even more lenient sentence of 40 months.

With the two years he spent in custody and remission for good behaviour, he would eligible to be free to join college next year, ABCNews said.

The Tribune said that according to prosecutors, Khan helped with investigations against an Islamic State fighter and recruiters and had also offered to testify against a British Islamic State recruiter, Mizanur Rahman.