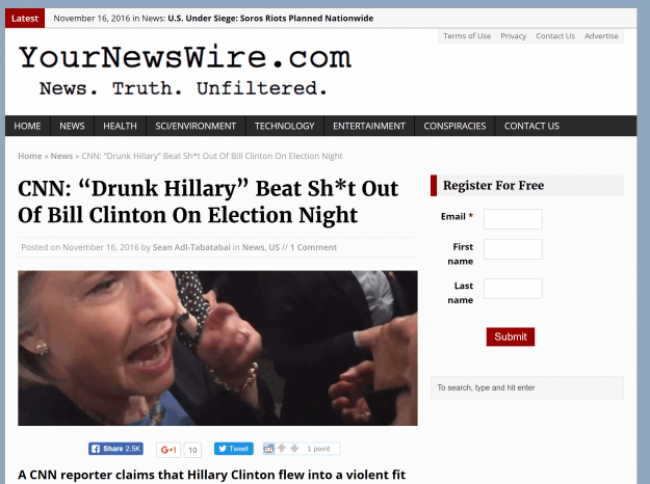 “We take misinformation seriously,” The Guardian cited Zuckerberg’s post on Saturday as saying.

“We know people want accurate information. We’ve been working on this problem for a long time and we take this responsibility seriously,” the Facebook CEO said.

Zuckerberg said that the company has “relied on our community to help us understand what is fake and what is not”, citing a tool to report false links and shared material from fact-checking sites.

“Similar to clickbait, spam and scams, we penalize [misinformation] in News Feed so it’s much less likely to spread,” Zuckerberg wrote.

On Friday Obama said,” In an age where there’s so much active misinformation and it’s packaged very well and it looks the same when you see it on a Facebook page or you turn on your television.”

“If everything seems to be the same and no distinctions are made, then we won’t know what to protect,” he further said.

Critics have blamed the social networking giant Facebook for influencing the US-elections in favour of President-elect Donald Trump by circulating a “host of fake news stories about political topics.

CEO Mark Zuckerberg had declined that Facebook played a role in spreading fake news and termed this idea “crazy”. To mitigate the criticism, Facebook decided to ban sites that post fake news from using its advertising network to make money.

“The capacity to disseminate misinformation, wild conspiracy theories, to paint the opposition in wildly negative light without any rebuttal, that has accelerated in ways that much more sharply polarise the electorate and make it very difficult to have a common conversation,” Obama told New Yorker editor David Remnick.

Further, this summer Facebook fired the human team of curators who watched its “trending” news items, leaving its algorithm to sort links.

On Saturday, Zuckerberg called the problem “complex, both technically and philosophically” and said the company erred “on the side of letting people share what they want whenever possible”.