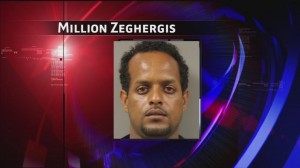 Washington, June 24 (IANS) Four Indian-Americans, including two women, were killed and another was injured in a car crash in the US state of Texas, media reported.

Deputies said Zeghergis showed signs of impairment and was arrested and charged with four counts of intoxication manslaughter.

Shanumati Bhatt, another passenger in the car, was injured and was rushed to Memorial Hermann hospital in stable condition, the report said.

Deputies said the suspect driver was driving a 2009 Dodge van eastbound on Beechnut when he ran a red light and slammed into a 2002 Honda Civic that was travelling northbound on Synott.

They were all found at the scene “with no signs of life”, according to a release from the Harris County Sheriff’s Department.