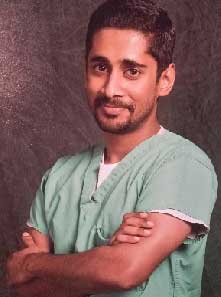 Washington, March 12 (IANS) A man Texas, who was involved in an armed robbery last week, has been charged with murdering an Indian-American man.

Marquis Davis, who was involved in the robbery at a restaurant in Houston on the night of March 6 along with an accomplice, was charged with “aggravated robbery with a deadly weapon” and murdering Stanly Kumbanattel, The American Bazaar news portal reported Tuesday.

Davis was arrested shortly after the robbery by police but his accomplice is still at large.

Police said Kumbanattel was held at gunpoint by Davis, who wanted to steal his car and use it as his getaway vehicle for the House of Pies restaurant robbery.

The incident happened at the apartment complex in West Sam Houston Parkway where Kumbanattel, 31, lived.

Police said, however, the details of the case are vague. It apparently looks like Kumbanattel was allegedly shot multiple times by Davis around 8.30 p.m.

Meanwhile, Davis made off with Kumbanattel’s Acura car.

Davis will now face charges for the Indian-American’s murder, adding to his growing resume of run-ins with the law.

He was also charged with another misdemeanour in 2013 for possessing marijuana.