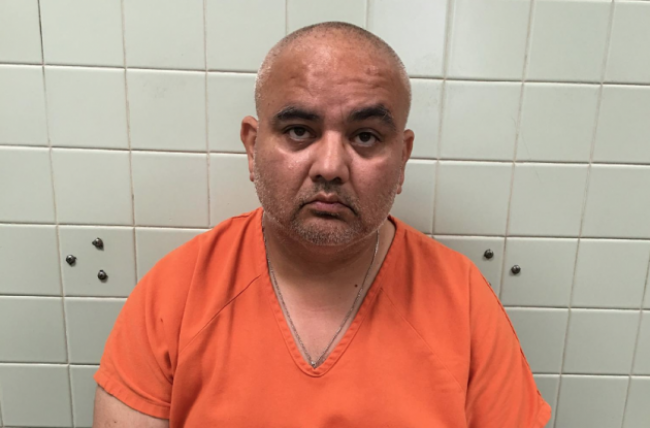 Atlanta, GA, July 25: A New Jersey man allegedly stabbed his wife 30 times and then called 911 to report she was not breathing, reports NJ.com.

Nitin P. Singh, 46, has been charged with first-degree murder in the death of Seema Singh, 42, in their apartment.

“I’m sending help, but I need you to help me,” the operator responds.

Singh seemingly ended the call when asked by the operator where his wife was. The 911 operator tried to call Singh’s number back repeatedly, but none were answered, according to media reports.

The couple’s three children-  two boys, ages 16 and 6, and a girl, age 5 were sleeping in the apartment at the time. When police arrived on the scene, they found Singh standing over his wife’s lifeless body on the kitchen floor. His clothing, arms and hands were bloody, according to Pennsville Township Chief of Police Allen J. Cummings.

Singh was taken into custody. Domestic dispute may have been to blame for the killing, although police authorities have not given an official motive for the crime yet.

According to the police, autopsy showed that Seema Singh had been stabbed more than 30 times in the abdomen, chest and face.

Nitin Singh is being held at the Salem County Correctional Facility in Mannington Township where he is being held on $1 million cash bail.

The Singhs owned the Quick Stop Deli in Collingswood. After news of Seema Singh’s death spread, there was a vigil held outside the closed deli, and flowers and other items left as a tribute to her, reports NJ.com