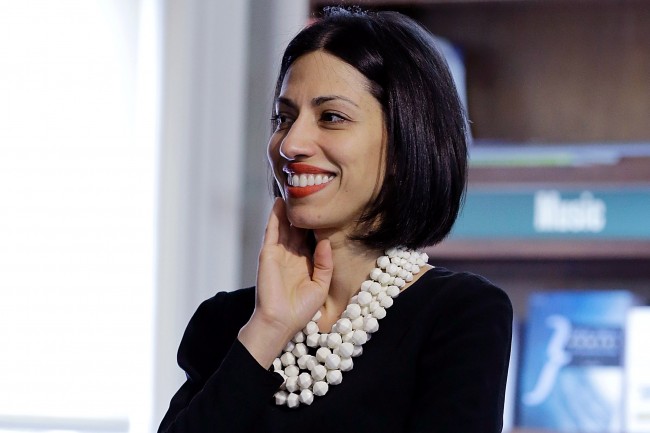 Washington, Aug 4 (IANS) A former Indian-American aide to Democratic presidential candidate Hillary Clinton is being probed for allegedly accepting overpayments from the State Department while working for the then US secretary of state, media reported on Tuesday.

Huma Abedin worked as a full time staffer for Hillary Clinton from January 2009 until June 2012.

“Abedin leveraged her State Department job to benefit her two other employers at that time – the Clinton Foundation and a consulting firm called Teneo Strategies,” claimed a letter to Secretary of State John Kerry, written by senator Chuck Grassley, chairman of the Senate Judiciary Committee, the Washington Examiner reported.

In his letter, Grassley alleged that Abedin while at the State Department simultaneously worked for these two companies.

Abedin, whose father is from India and mother from Pakistan, allegedly sent or received more than 7,000 emails on her government account that involved Band, the letter claimed.

“The committee has learned of allegations that, during your simultaneous employment by the Department of State, Teneo, and the Clinton Foundation, you were solicited for and delivered favors for preferred individuals,” Grassley wrote to Abedin.

She was given a “special government employee” designation and soon took on roles at the Clinton Foundation and Teneo, the letter added.

Grassley also called into question a $33,000 payment Abedin received from the State Department for leave she had not used.

“During approximately three and a half years as a full time government employee, Ms Abedin reportedly never requested, was approved for, or had her leave balance reduced for use of any sick leave, annual leave, or administrative leave,” he said in the letter.

Grassley also alleged that Abedin went on a 10-day trip to Italy and France with her husband during her time as a department employee.

However, her time and attendance sheets allegedly indicated that she worked full time, he alleged.