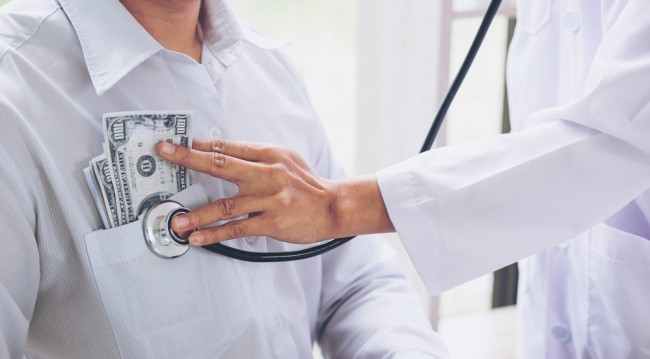 Washington, April 28 (IANS) An Indian-American doctor has been indicted in Illinois for pocketing nearly $1 million in fraudulent health insurance claims through his medical practice, officials said.

Dr Pranav Patel, 51, of Chicago suburb Burr Ridge allegedly submitted false insurance claims for medical tests that were never performed and used some of his patients’ names without their knowledge to submit such claims while he owned the Palos Medical Care practice, according to the Northern District of Illinois’ US Attorney’s Office on Friday.

Starting in 2008 and continuing until June 2013, Patel fraudulently obtained at least $950,000 in payments from Medicare and Blue Cross and Blue Shield of Illinois, the indictment stated.

According to a Chicago Tribune report, Patel was charged with seven counts of healthcare fraud, three counts of making false statements in relation to a healthcare matter, and two counts of aggravated identity theft.

During one occasion, Patel fabricated a seven-page medical record indicating that a patient had come to the office for a follow-up visit and examination, when the patient had actually come to re-fill a prescription, the report said.

He is scheduled to be arraigned on May 15.