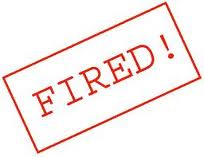 New York, Nov 4 (IANS) A Michigan nurse has filed a pregnancy discrimination lawsuit against her employer, because she was fired for taking a break as she was suffering from nausea, a media report said.

Saijal Sara Shah filed a lawsuit against Maple Creek and Lutheran Social Services of Michigan, US, which manages The Lodge, a nursing home where Shah worked, mlive.com news website reported on Tuesday.

In the lawsuit filed in the US district court in Grand Rapids, Shah said she was punished for leaving work to recover from nausea during a double shift.

On March 15, after working for eight hours, Shah vomited and could not work. She told another nurse that she had to go home, take medication and she will try to return to work, her attorney said.

Even though she left a number for her supervisor to call, she was punished for failing to leave a way to contact her, her attorney added.

According to the lawsuit, on April 3 Shah was fired for taking a 15-minute break because she was suffering from mild fever while working in the shift.

A social worker showed up early in the morning and accused her of sleeping. Shah denied of falling asleep. She blamed the employer of odding her out because of being an Indian descent.

White workers “were not penalised, falsely accused of sleeping on the job or targeted as I was,” the lawsuit said.

The nursing home denied all allegations of Shah being treated unfairly based on her pregnancy or her race.

It said she was suspended for a day for leaving work and sleeping during working hours.