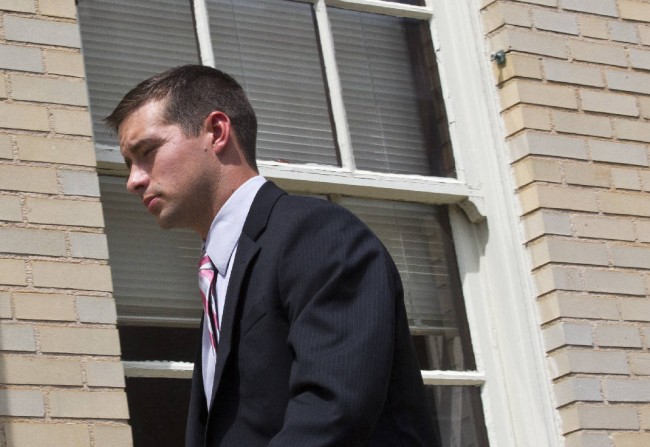 Atlanta, GA: For the second time in two months, a jury was unable to reach a verdict in the federal civil rights case against Madison police officer Eric Parker who is accused of assaulting Indian grandfather Sureshbhai Patel.  The jury in the second trial said it was deadlocked, unable to reach a unanimous verdict.  US District Judge Madeline Hughes Haikala declared a mistrial, reports WHNT.com.

The jury voted twice Wednesday and said they were stuck.  They were in their third full day of deliberations.

It is possible the government will pursue a third trial – however, as defense attorney Robert Tuten pointed out after the mistrial declaration Wednesday, each trial costs money, and that prosecutors will have to weigh the continued cost of retrials against the possibility of yet another hung jury, according to media reports.

The first trial of Parker for the Feb 6 takedown of Patel while he was taking a walk near his son’s home ended early last month with a hung jury, as the jury split 10-2 in favor of acquittal.