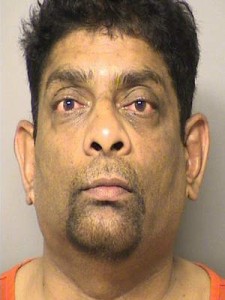 Washington, June 28 (IANS) An Indian national has been arrested in the US for threatening to kill his employee’s infant daughter, a media report said Saturday.

According to the police, 51-year-old Vijay D’souza, who owned Taste of India restaurant in Chesterton in the US state of Indiana, entered his employee’s apartment Tuesday and threatened to kill his infant daughter, The Post-Tribune reported.

D’souza, an Indian national, was arrested for misdemeanor battery charges.

D’souza later told police he was not going to hurt the baby, but he blamed his employees for causing problems that were forcing him to close down his restaurant.

D’souza called the victim and said his mother died.

The victim, who lived in the same locality, invited D’souza to his apartment and went to tell his wife about his presence.

As he came back, he saw D’souza moving toward his daughter’s room.

“Where is the (expletive) baby. I want to kill her,” the report quoted D’souza as saying.

The employee and D’souza struggled and he held D’souza until police arrived, police said.

D’souza told police that his mother was not dead.

“I lied about that so I could get inside the apartment,” he said, adding that he was there to look for his employees, whom he believed had escaped, the report said.

Indian American man gunned down while sitting in his parked SUV