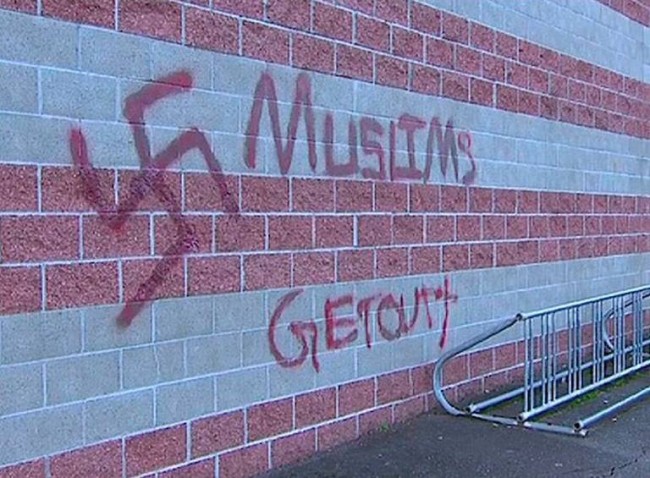 Washington, March 26 (IANS) Six US lawmakers along with leading advocacy groups have welcomed the inclusion of Sikh, Hindu, and Arab American communities in the Department of Justice’s hate crimes tracking effort.

This is the final step in the long-fought effort to encourage the US federal government to finally begin tracking and quantifying hate crimes against these at-risk communities, the lawmakers said at an event on Capitol Hill Wednesday.

The Federal Bureau of Investigation (FBI) recently updated its hate crimes database and FBI training manual in order to start tracking hate crimes committed against these groups – that system is now fully operational.

Ami Bera, the lone Indian-American member of the US House of Representatives, along with fellow House members Joe Crowley, Bill Pascrell, Mike Honda, Grace Meng and John Garamendi attended the event. These lawmakers led a Congressional effort to encourage the Department of Justice and FBI to document hate crimes against Sikh, Hindu, and Arab Americans.

They spearheaded numerous letters to the DOJ and FBI and introduced a Congressional resolution in the wake of the tragic August 2012 massacre in Oak Creek, Wisconsin, and submitting testimony urging action on hate crimes.

In 2011, two elderly Sikh Americans, Gurmej Atwal and Surinder Singh, were shot and killed while out for a walk in Elk Grove, California, a part of Bera’s constituency, in a suspected hate crime that is still unsolved.

“Since the September 11th attacks, too many Americans, especially Sikh, Hindu and Arab-Americans, have been wrongfully subjected to hate crimes and discrimination, including the shooting of two Sikh Americans in my own city,” Bera said.

“Religious tolerance is a fundamental value of our nation and we must do everything we can to prevent these crimes motivated by bias against a victim’s religious beliefs,” he said.

“Until now, Anti-Sikh hate crimes were not recognized by the FBI,” said Rajdeep Singh, Director of Law and Policy at the Sikh Coalition.

“Year after year, Sikh Americans were being targeted for harassment and violence because of their distinct identity.

“For the first time, the FBI now officially acknowledges that Sikhs are targeted for being Sikhs. While refinements are needed to the agency’s tracking system and training standards, we are making progress,” he said.

The updated FBI manual “marks a step towards ensuring accurate reporting of hate crimes committed against Sikhs, an important step that will ultimately aid the Sikh community as we continue to address the roots of anti-Sikh bias,” said Jasjit Singh, executive director of the Sikh American Legal Defense and Education Fund (SALDEF).

Update of FBI hate crimes training manual to include Arab, Hindu, and Sikh categories “is more important now than ever with the recent spike in hate violence targeting our communities,” said Lakshmi Sridaran, Director of Policy and Advocacy, South Asian Americans Standing Together (SAALT).

“Our work ahead will be to ensure our communities are informed of these critical updates and are able to build trust with law enforcement so that hate crimes targeting South Asians, Muslims, Sikhs, Hindus, Middle Easterners, and Arabs are appropriately documented and prosecuted,” she said.

Chikungunya virus may soon spread to US