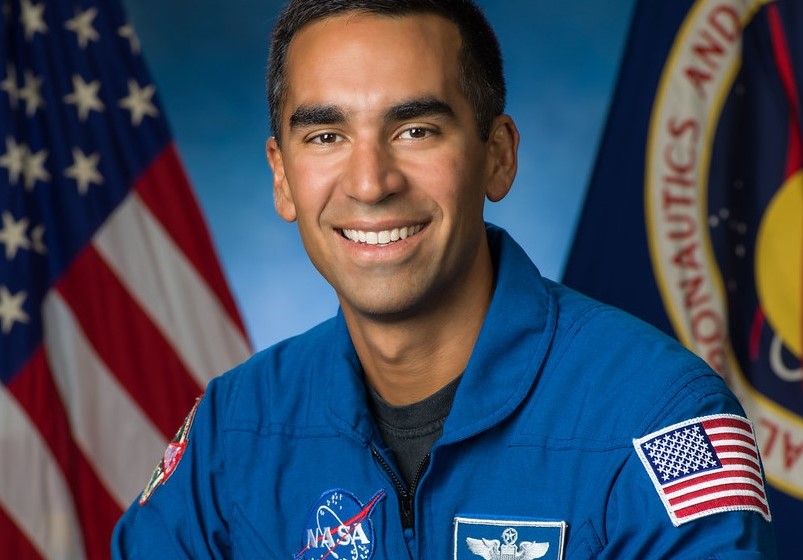 New York, Jan 11 (IANS) An Indian-American will be among astronauts who may get a chance to go to the moon or Mars following his graduation from NASA’s program to train astronauts for those missions and the International Space Station.

Raja Chari was among the 11 astronauts who received silver pins on Friday marking their graduation at the Johnson Space Centre in Houston after two years of gruelling training.

After they go into space they will exchange their silver pins for gold in a NASA tradition.

He is the third Indian-American astronaut.

Explaining the Artemis program in which he will participate, Chari said in an interview to IANS: “We’re trying to get to the moon to stay by 2024, and we have the technology to do that. We’re working on getting the resources to do that, and it’s gonna take a lot of work, it’s not going to be easy.”

The Artemis programme aims to put a man and a woman on the moon in 2024, establish sustainable moon missions by 2028 and ultimately send astronauts to Mars.

About his next step, Chari said: “We won’t be assigned missions for a while but in the meantime we’ll be helping all around Johnson Space Centre with different offices that are working on getting us to the moon.”

He said that his guiding principle is asking each day the question, “What did I do to help us get to the moon today?” and being able to answer it.

He inherited the value of education from his father Sreenivas V. Chari who immigrated from Hyderabad, he said.

He said: “One thing from India that he brought with him was that school and education is a privilege, it’s not a right. And that was something that was very, very much enforced in our house and we never took for granted the fact we got to go to school.”

He added: “I know the sacrifices it took for him to be able to afford to help us with schooling. And I think that’s probably the biggest difference that he made.”

Chari graduated from the US Air Force Academy with bachelor’s degrees in astronautical engineering and engineering science and went on to earn a master’s degree in aeronautics and astronautics from the prestigious Massachusetts Institute of Technology.

He also graduated from the Navy’s Test Pilot School.

An accomplished test pilot, he is a colonel in the US Air Force and served as the commander of the 461st Flight Test Squadron and as the director of the F-35 Integrated Test Force.

Asked what it takes to become an astronaut, Chari said: “Technical competence, loving what you do and (liking) being around with others.”

It was not a matter of checking boxes of qualifications but of being experts in one’s field, being “really passionate about” it, he said.

Another quality was being “a good team player, adding something really to the missions we’re going to be on, where it’s going to involve being in a small, small space for a longer time”, he said.

Therefore, one of the things that selectors looked for, he said, was whether “I would like to spend six months within a confined space and would that work okay. And so that was also a big, big piece of this so I’d say.”

The two Indian-American astronauts before him are both women, Kalpana Chawla and Sunita Williams.

Space scientist Chawla, who was born in Karnal, Haryana, and immigrated to the US, was tragically killed on her second space mission when Space Shuttle Columbia broke up in 2003. She had participated in another mission on the same shuttle in 1987.

Williams, a navy officer, has served as the commander of a International Space Shuttle expedition in 2012. She had been on three other missions, in one of them as flight engineer.