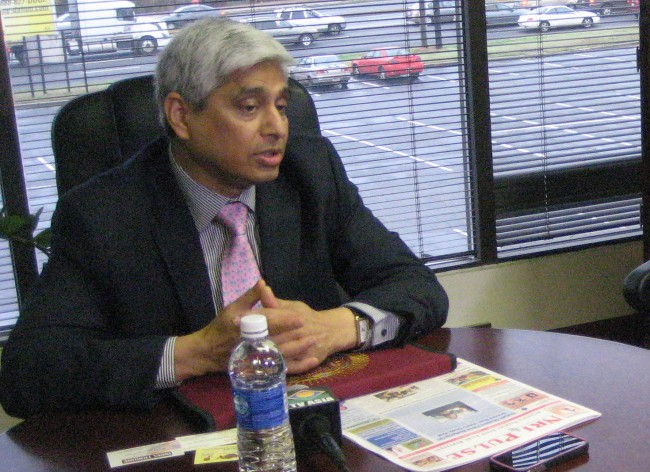 Vikas Swarup at a press meet during his recent visit to Atlanta. Photo by Mustafa Ajmeri.

New Delhi, March 26 (IANS) Vikas Swarup is set to take over as the next spokesperson of the Indian external affairs ministry, replacing Syed Akbaruddin who is due for promotion to the rank of additional secretary, sources said on Thursday.

Swarup, who shot to fame with his book “Q&A” which was adapted into an Oscar-winning Hollywood film “Slumdog Millionaire”, is expected to take charge in April after Prime Minister Narendra Modi’s return from his official visit to France, Germany and Canada.

Akbaruddin, a 1985 batch IFS officer, will work as chief coordinator for the India Africa Forum Summit which is being seen as one of India’s most significant diplomatic events at home this year.