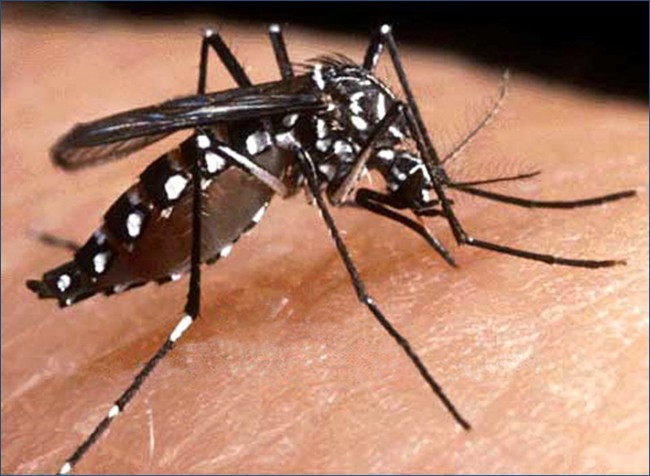 Washington, March 27 (IANS) The mosquito-borne chikungunya virus may soon spread to the US, predicts a new study.
The study published in the New England Journal of Medicine emphasised on stepping up efforts to reduce mosquito population.
“Chikungunya continues to be a major threat to public health around the world,” said researcher Scott Weaver from the University of Texas Medical Branch at Galveston.
Other than anti-inflammatory drugs to control symptoms and joint swelling, there are no specific therapies to treat infected persons and no licensed vaccines to prevent chikungunya fever, the researchers pointed out.
“Until there is a treatment or vaccine, the control of chikungunya fever will rely on mosquito reduction and limiting the contact between humans and the two virus-carrying mosquitoes — Aedes aegypti and Aedes albopictus,” Weaver added.
These efforts generally focus on reducing or treating standing water and water storage containers where eggs are laid and larvae develop as well as wearing protective clothing and/or insect repellent.
Since chikungunya was first identified in 1952 in present-day Tanzania, the virus has been confirmed in other countries in Africa, Asia, The South Pacific and Europe. In December 2013, the first locally acquired case of chikungunya in the Americas was reported in the Caribbean.
Since then, chikungunya has been identified in 44 countries or territories throughout the Americas, the study said.
Symptoms appear about three days after being bitten by an infected mosquito. The most common symptoms and signs are fever and severe joint pain and may include headache, arthritis, muscle pain, weakness and rash.
People at increased risk for severe disease include young children, older adults and people with medical conditions such as diabetes or heart disease, the researchers pointed out.