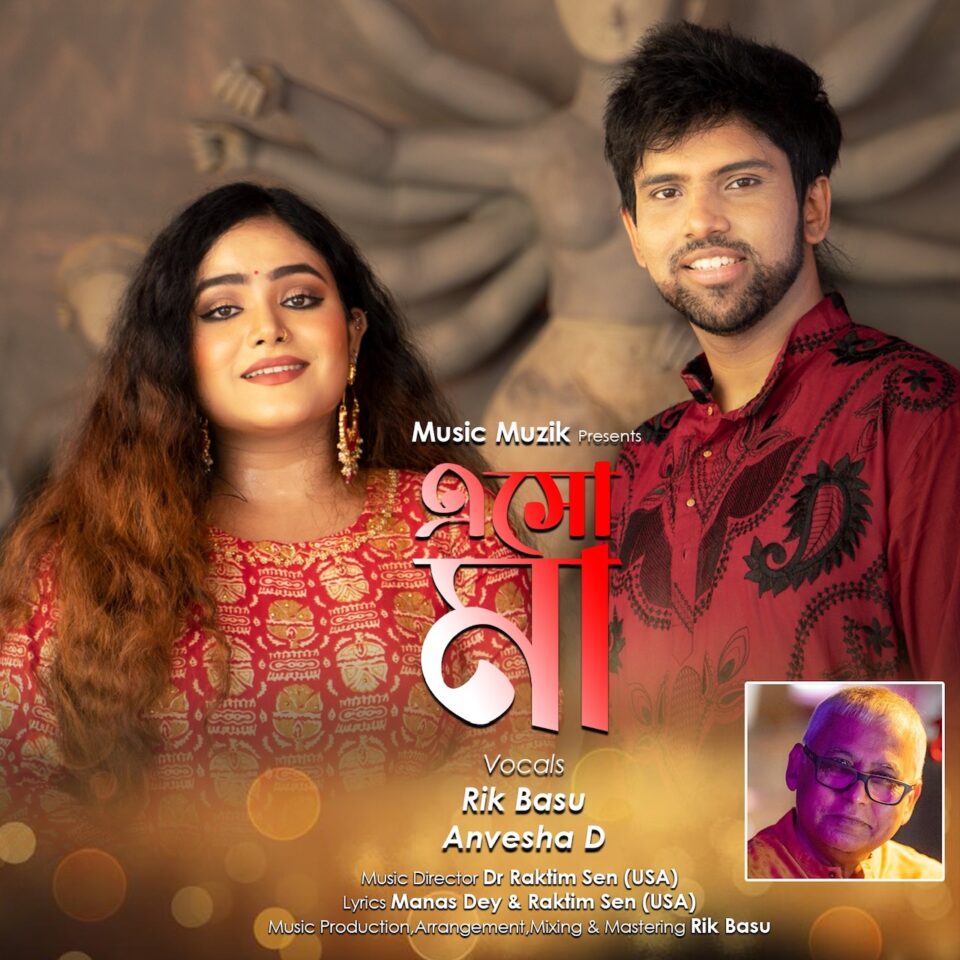 Atlanta, GA, September 29, 2022: ‘Baro Maash, Tero Parbon’ (Twelve Months with Thirteen Festivals) – a popular Bengali proverb in indicative of the abundance of festivals in Bengal, India and certainly applies to the rest of the country. While many festivals are celebrated throughout the year in the state of Bengal, Durga puja emerges as the most significant of all celebrations. The festival marks the victory of Goddess Durga over the mythological demon Mahishasura, and is observed in the autumn months of September/October according to the Hindu calendar. It is the most important Bengali festival, and nowhere is it celebrated on a grander scale than in Kolkata. The annual festival is celebrated over a period of ten days, primarily in the East, and in West Bengal, Assam, Tripura, Odisha, Bihar and Jharkhand.

Dhaak. Shiuli flowers, Adda, an incessant supply of biryani, fish fry and luchi along with kosha mangsho. Durga Puja is all about fun and frolic apart from soaking in the festive air with friends and family. For most Bengalis, Durga puja is a harbinger of hope, a celebration of creativity, and a spiritual quest.

In the true spirit of the festival revelry, Atlanta’s talented music composer, Dr. Raktim Sen released his Esho Ma, to welcome Ma Durga on September 29, 2022. The music is available on YouTube.

“This is truly an international project. I am the composer, the lyrics are by two Atlantans (me and Manas Dey), the chorus section is by two Atlantans, Anushka Chowdhury (Junior Champion, 2021 Atlanta Indian Idol) and Prisha Jhari (2021 Atlanta Indian Idol Junior Finalist). Part of the song is recorded in my studio as well, sung by Anvesha D (SaReGaMaPa Champion 2014) and Rik Basu (SaReGaMaPa 1st Runner-up 2014. Music Arrangement/Mixing/Mastering are by Rik Basu,” Dr. Sen said.

The upbeat composition opens with an melodious invocation of Goddess Durga, welcoming her to remove the darkness around and bring light to lives. The second part is praises Ma Durga as Dasabhuja (10 armed) who vanquished Mahishasura. The closing section offers a prayer for Ma Durga to come in different form to kill the demons in human form (Naraasur).

Durga Puja is a ten-day festival, usually in October, which starts from Mahalaya, the inaugural day of the event. Mahalaya is celebrated by Agomoni or songs of welcome. Festivities start five days later with the observance of Shashti, Shaptami, Ashtami, and Nabami. An elaborate community bhog or food-offering to the Goddess, is prepared and then partaken by congregations on each day of the festivities. On the tenth day, or Bijoya Dashami, the Goddess is borne away to the sounds of the dhak, or traditional drum for immersion in nearby rivers or water bodies. Married women celebrate the morning of Bijoya Dashami with Sindoor Khela, or smearing vermillion on each other’s faces as a celebration of womanhood. All of the idols are made of clay, which is typically taken from the banks of the Ganges river. They are sculpted and then delicately painted. At the end of the festival, the statues are returned to the Ganges in a ceremonial immersion that represents Durga’s return to her husband, Shiva.

As Esho Ma warms up our dancing feet with rhythmic beats, here’s wishing everyone a Happy Navratri, Happy Durga puja and a happy festival season!